Pupils at a school in Colne are hoping to sing their way to a national award.

The year 4,5 and 6 pupils from Pendle View Primary School are currently top of the leaderboard in the Over the Rainbow school choir competition.

It's searching for the best primary school choir in the country and they need the support of the public to secure their place at the top.

The competition, launched by national children’s charity WellChild, will see the winning pupils show off their singing talents in the company of a host of star guests at the WellChild Awards this autumn.

It's regularly attended by WellChild’s Patron, Prince Harry, and a host of celebrity guests.

"All the schools which have entered the competition have had to learn 'Defying Gravity' from the musical 'Wicked'.

"Not only have our children learnt the song they have also learnt the Makaton signs to go with it."

"This is a fantastic opportunity for schools to get involved in a fun musical competition with a great prize while at the same time helping WellChild with our work supporting seriously-ill children and their families."

Police investigating the serious sexual assault of a woman in Colne say they have charged a man with rape.

An investigation was launched after a woman reported she was sexually assaulted by a man who had got into her house on Talbot Street.

Zsolt Suhaj, 25, of Barkerhouse Road, Nelson has been remanded to appear at Preston Magistrates' Court this morning.

Police are investigating after an intruder sexually assaulted a woman as she slept in the early hours of Sunday morning.

A 55-year-old cyclist has died after her bicycle crash with a truck in Colne.

An elderly woman has died after being hit by a truck as she was cycling on Langroyd Road at 2.25 this afternoon.

Skipton Road from Castle Road, Colne to Skipton Road near Burwains Reservoir/ Foulridge side is Closed

Schools have been notified and buses are waiting until police have finished.

The woman was pronounced dead by paramedics at the scene and the truck driver is not believed to have suffered any injuries.

A spokesperson for Lancashire Police said:

We were called to Langroyd Road in Colne at 2.25pm this afternoon to reports that a cyclist and a lorry had been in collision. When we arrived an elderly female cyclist had been pronounced dead by paramedics.

The collision involved a Redman truck and happened close to the Skipton roundabout. The male driver of the truck is not thought to have suffered any serious injuries. No arrests have been made.

A teen who battled years of mental health problems that left her virtually housebound has conquered her demons to win a place at Oxford.

A man has died after falling off his bike in Lancashire.

The 50-year-old was one of three people out cycling on Hill Lane, in Colne, at around 10pm on Thursday, May 12.

A woman, aged 19, fell from her bike injuring her leg. The two male riders cycling behind her then collided with each other before the 50-year-old fell from his bike and suffered major head injuries.

The man was taken to Royal Blackburn Hospital for treatment before being transferred to the Royal Preston Hospital where he died on Friday, May 13.

Police are appealing for any witnesses to come forward.

These are tragic circumstances and my thoughts are with this man and his family.

We are appealing for information and would ask anyone who can help to come forward and contact police.

If you were in the Hill Lane area and witnessed the incident please contact us.

The incident happened shortly before 11pm on Saturday 6th February when a 23-year-old woman was walking along Tennyson Road. When she was at the junction with Slater Avenue she is thought to have been grabbed from behind by a man and dragged into a ginnel where possibly two or three other men were waiting.

Officers are conducting a number of enquiries in the area, including house to house, CCTV and forensic enquiries as part of the on-going investigation.

They are also keen to hear from anyone who may have seen a group of three or four men acting suspiciously in the area at around 10.40pm on Saturday evening.

“Our investigation into this serious incident is on-going and we are continuing to carry out a number of enquiries.

“The victim has been through an extremely traumatic experience and she is being supported by specially trained officers at this time.

“We are appealing to anyone with any information that could assist with our investigation to come forward and contact us as soon as possible. We are particularly keen to hear from anyone who may have seen a group of men acting suspiciously in the Tennyson Road/Slater Avenue area around the time of the attack.

“Although the local community will understandably be concerned by what has happened, it is important to stress that incidents such as these are rare. We believe this was an isolated incident and we have stepped up patrols in the area to offer reassurance to residents.”

The man who was killed in a collision in Colne last Thursday has been named as Keith Robinson, from Burnley.

His family have paid an emotional tribute:

"Keith was a loving dad, brother and uncle.

"He was an avid rugby fan, who also enjoyed listening to music and going to concerts.

"He was well regarded by everyone who knew him and will be greatly missed.

"The family wish to thank everyone for their assistance at the scene and urge anyone who may have seen anything, no matter how small they think it is, to come forward."

A 50-year-old man from Burnley was arrested on suspicion of causing death by dangerous driving.

A second man, aged 22, from Colne, was arrested on suspicion of causing death by dangerous driving and failing to stop.

A 23-year-old man from Nelson was also been arrested on suspicion of assisting an offender.

All three are currently in police custody.

Detectives are appealing for anyone who may have witnessed the incident to come forward.

“This is a tragic incident and our thoughts are with the man’s family at this time.

“We would ask anyone with information about this collision to contact police immediately.” 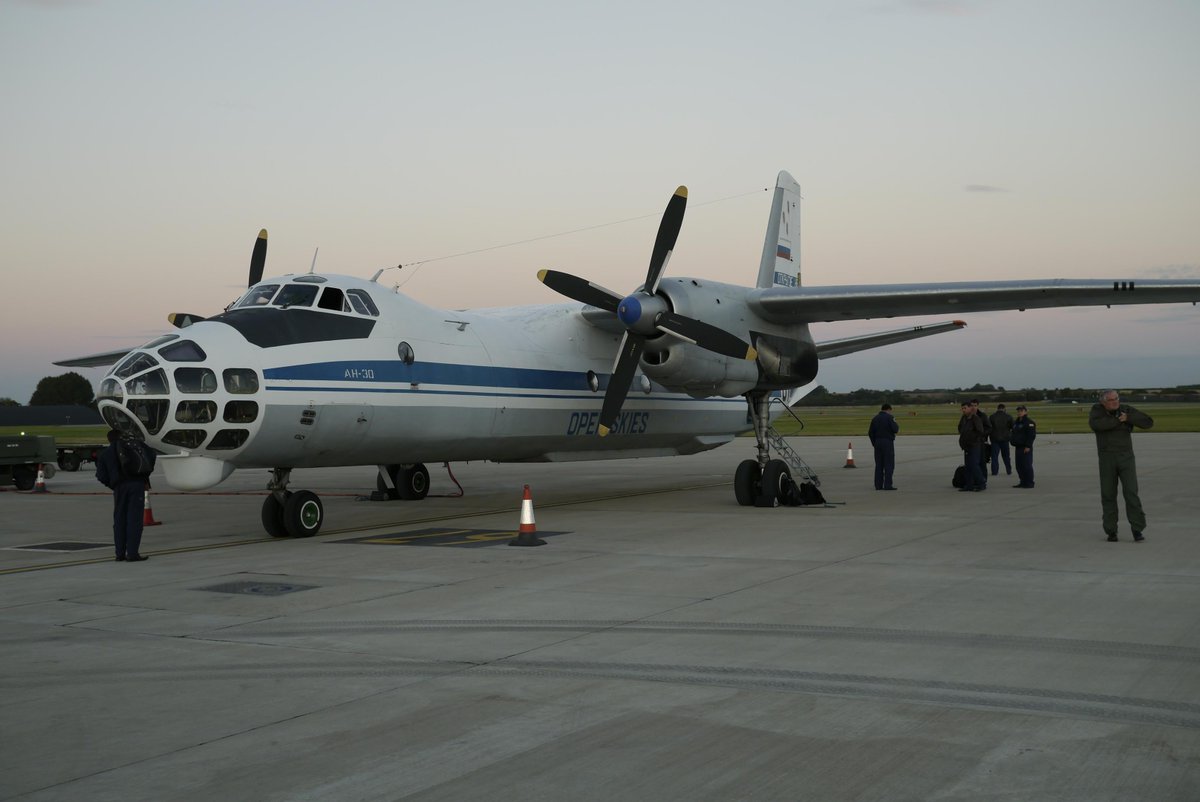 The Ministry of Defence has moves to reassure the public after a Russian military aircraft was photographed flying over Lancashire.

The Antonov aircraft was seen in the skies near Colne at the weekend, sparking concerned calls to the MoD.

But a spokesman said the flight was "routine" and and pre-approved by defence chiefs.

"The flight in question was pretty routine. The route was first pre-approved by the MOD and RAF and then flown as per the flight plan."