Can you hear us singing on the tram? http://t.co/zUUPVWSbMW 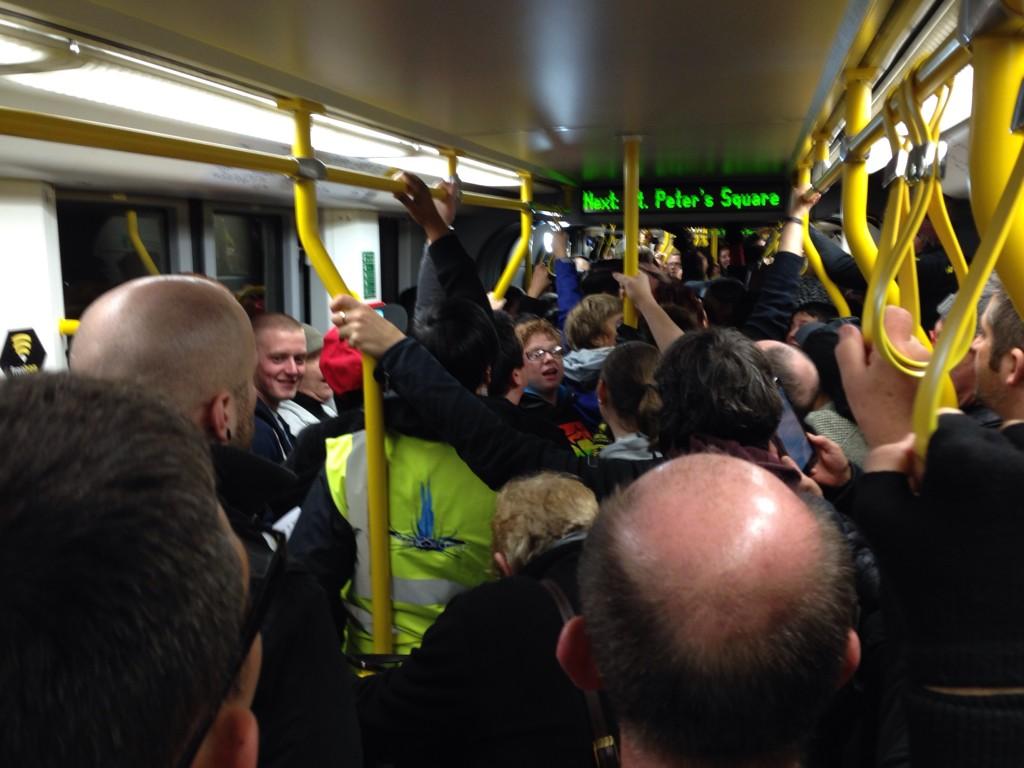 Hundreds of people turned out for a mass sing-along in Manchester against homophobia after two gay men were attacked on a tram - for singing.

Manchester Lesbian and Gay Chorus, (MLGC), started out on the trams last night but the song poured out onto the streets after huge numbers turned out. The sing-a-long came after two men, Jean Claude Manseau and Jake Heaton were attacked a fortnight ago.

The night culminated in with a mass gathering in Piccadilly Gardens.