Daresbury lane is now open, fire still in attendance at the hall #bobbyonthebeat

An investigation is underway after a huge fire at an empty stately home in Cheshire.

Firefighters were called to Daresbury Hall, on Daresbury Lane, Runcorn, on Saturday afternoon.

When they arrived crews found that a blaze had taken hold of the large empty building.

A total of eight fire engines were called to the scene to help tackle the fire.

Firefighting operations stopped at just after 10pm last night with two fire engines remaining on the scene overnight, damping down, checking for hot spots and making sure there was no re-ignition.

"It is not yet known how the blaze started but an investigation has been launched.

"If you have any information that you think may be helpful please call Cheshire Police on 101 and tell them what you know." 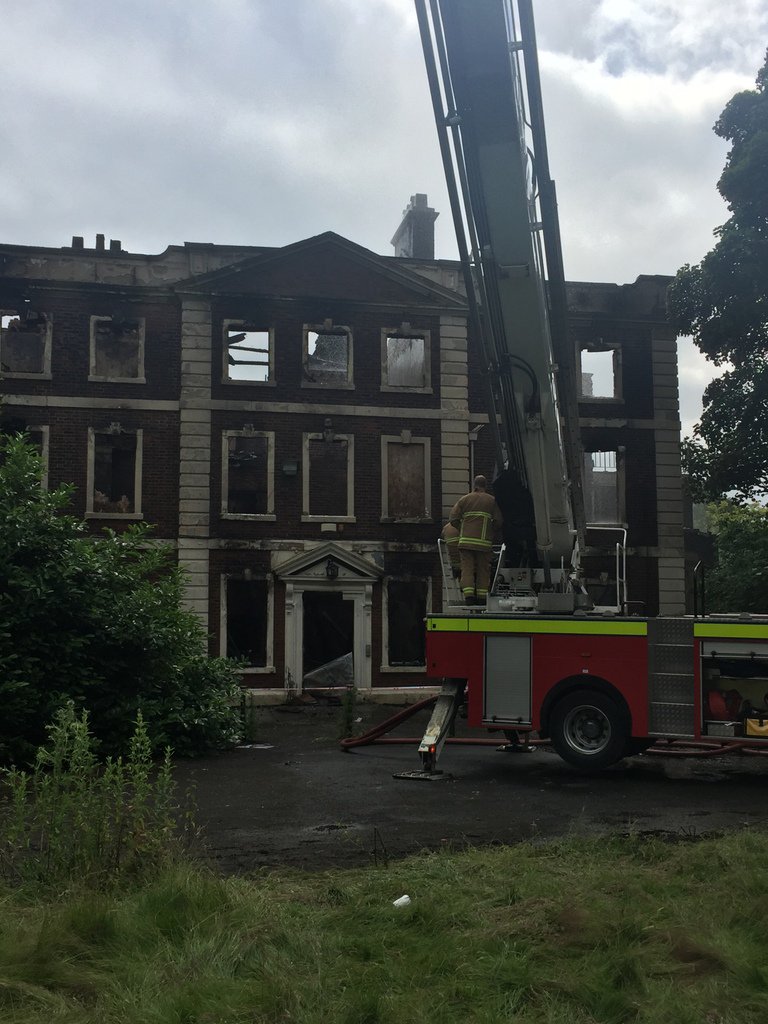