A fire at an office and laboratory block at the Christie in Manchester has led to evacuations and road closures around the hospital site.

People close by have said on social media the location is the Paterson Building, a cancer research centre located next to the hospital.

Greater Manchester Fire and Rescue said five fire engines are at the scene and the building has been evacuated.

Transport for Greater Manchester urged motorists to be aware of the road closures.

"At 10.36am on Wednesday (April 26) the fire service was called to a building fire at Christie Hospital, Wilmslow Road, Manchester.

"Five fire engines and an aerial ladder are at the scene.

"Firefighters are wearing breathing apparatus and using jets and hose reels to extinguish a fire involving a three-storey office block and labs."

Just come out of my house to see the Christie Cancer Hospital on fire. So sad :( #Christie #Fire #Manchester https://t.co/EFcMnsEuk3 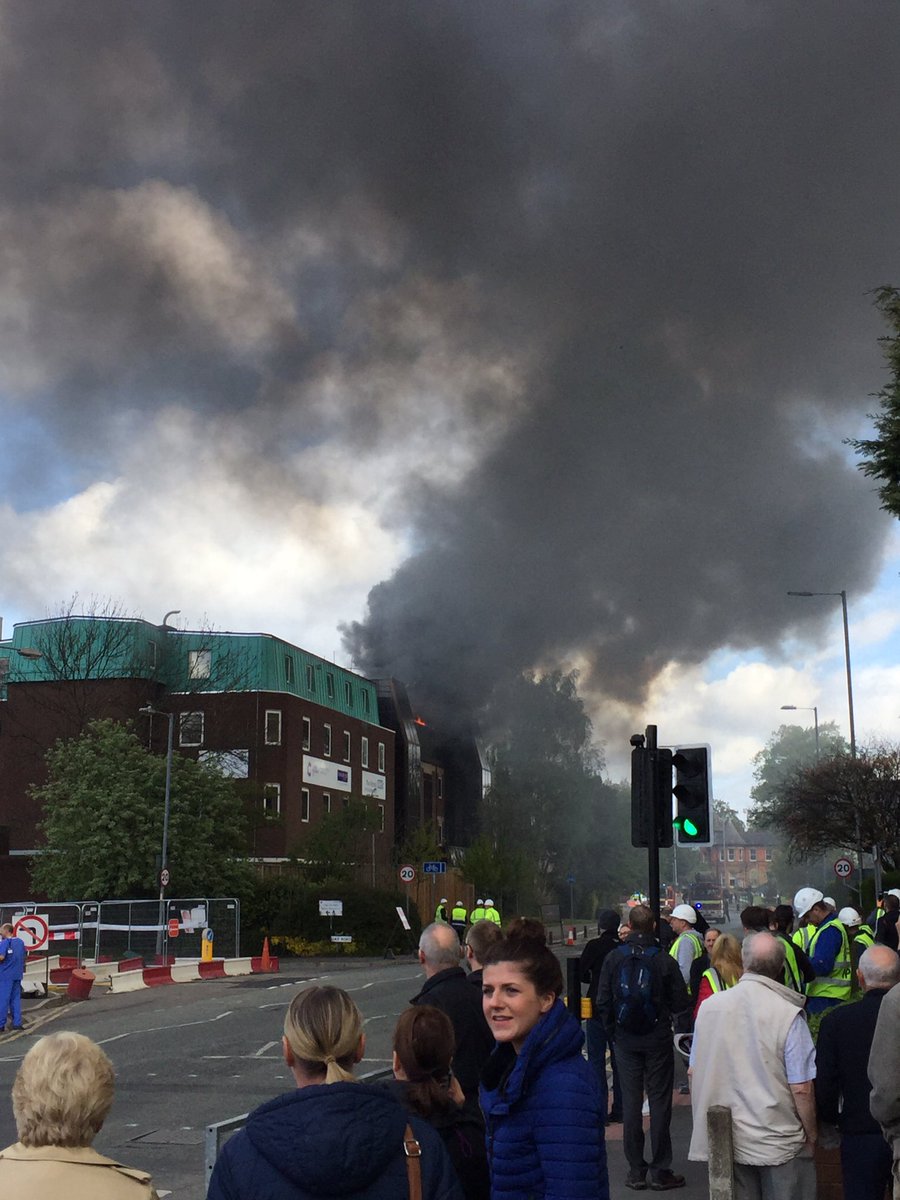