A man was spotted walking two ducks on leads in south London on Easter Monday.

Man walking a pair of ducks in Peckham http://t.co/9qIVvWK719 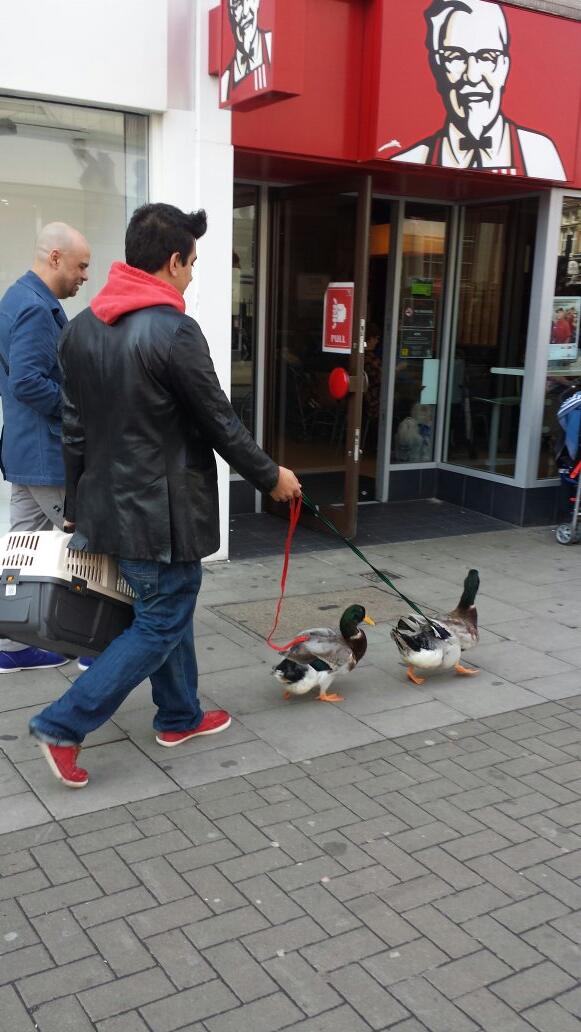 "I was out for a run yesterday along Rye Lane. People were shopping on the market and then out of nowhere I spotted this man walking these ducks on a lead outside KFC as if it was a perfectly normal thing to do," the 43-year-old told ITV London.

Mr Jacobs said the ducks seemed to be "very happy and well trained" as they flapped their wings outside the fast food chain.

"The strange thing was nobody seemed to take much notice - maybe it was a normal thing to be happening on an Easter Monday in Peckham."

The incident comes just weeks after a woman was spotted walking a man on a dog lead in Farrington. The woman behind the stunt eventually came forward and revealed that it was an "open theatre" act designed to see how Londoners would react.

Peckham's residents are still waiting for an explanation from the duck-walking man.