If you thought you'd heard every excuse for delays during London's rush hour, then think again. Oxford Circus was brought to a standstill on Tuesday morning by a giant octopus. 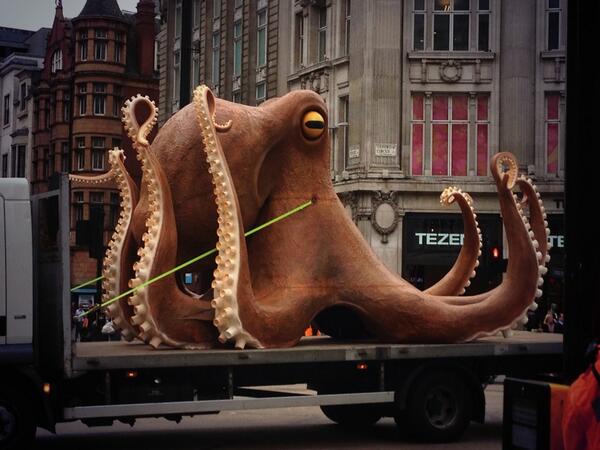 The eight-legged creature was passing through central London on the back of a lorry when it suddenly became stranded.

It's obvs a statue of Paul the Octopus stuck at Oxford Circus. England will do anything to get some luck! #WorldCup http://t.co/zmYfcVSc04 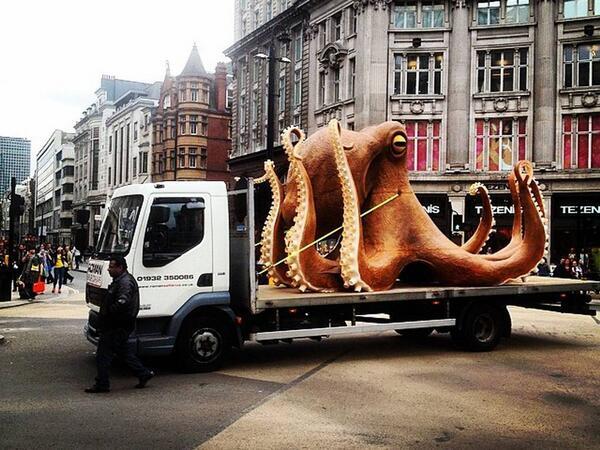 Transport for London warned any motorists in the area to "approach with care". 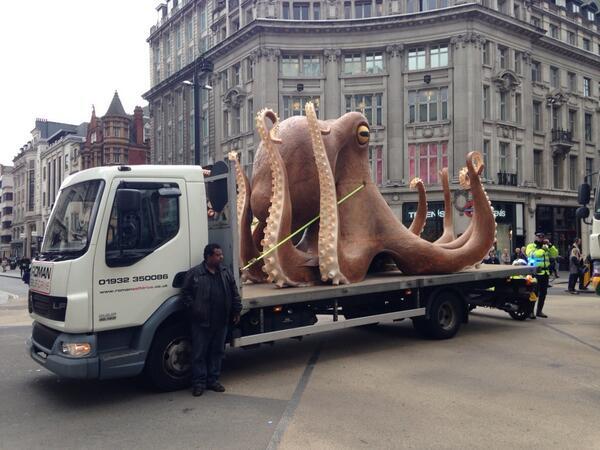 The huge creature, which is made of fibre glass, was being transported through London after being used as a prop in an advertising campaign by Betfair.

Despite the Octopus being used as part of an advertising and PR campaign, the "breaking down in the middle of Oxford Circus" was not apparently planned.

His reign of terror is finally over... giant octopus arrested by police at Oxford Circus. http://t.co/UmmwcCX09W Betfair has said sorry for the problems it caused.

We'd like to apologise for any inconvenience that has been caused by the breakdown this morning at Oxford Circus. While transporting a (1/2)

… prop which was used in a recent advertising campaign, unfortunately our truck broke down on its way to a holding location (2/2)

It's not the first time London has been left somewhat stunned by a giant creature. In 2012, Tower Bridge was forced to open for a 50 foot rubber duck.