Passengers of a flight on to Washington DC had a very unexpected brush with royalty after Prince William casually strolled onto their plane.

The Duke of Cambridge was seen getting on a flight at LaGuardia Airport in New York. Professional golfer, Willy Pumarol was also on board and tweeted this picture. 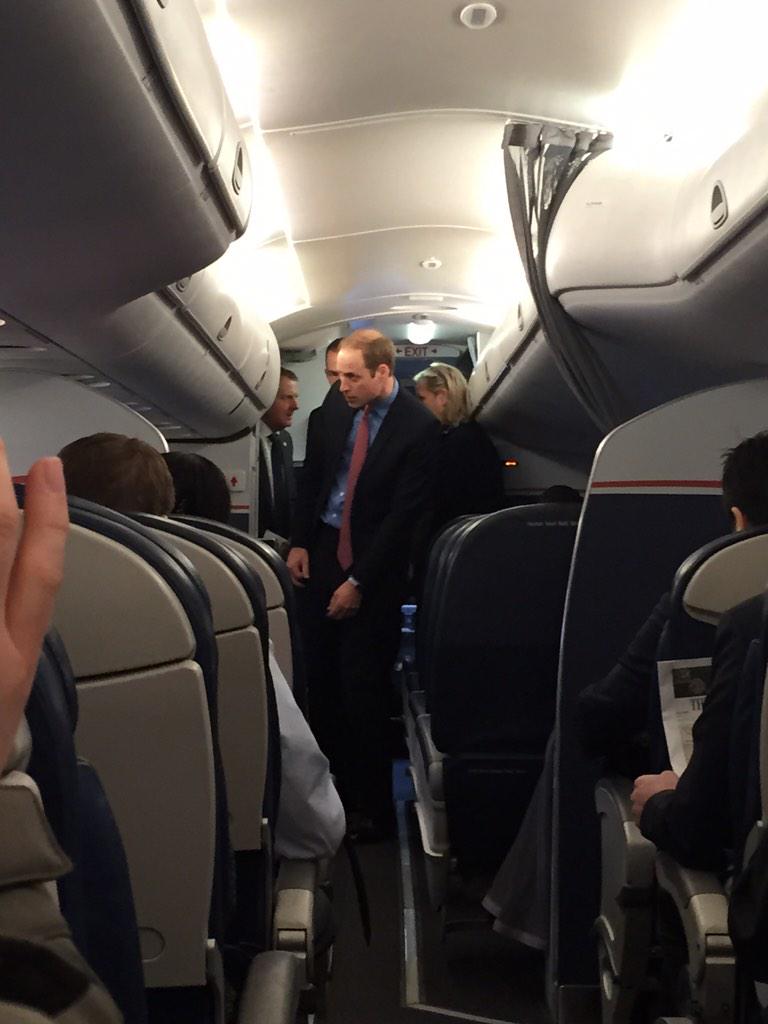 Price William was on is way to the White House when he suddenly arrived in first class, much to the surprise of most of those on board.

Prince William just got on my DC shuttle flight

Our flight was delayed and a caravan of black suburbans pulled up to the plane.

Then the most unexpected guest stepped onto our DC shuttle flight this morning.

During his time at the White House The Duke of Cambridge confessed to the US President that in the "chaos" of the maternity delivery room he forgot to ask if Prince George was a boy or a girl.

William joked about omitting to question medical staff about the one thing the world wanted to know as he chatted with the American leader in the White House's famous Oval Office.