Police were called to break up a "large fight" which involved a baseball bat, a man dislocating his shoulder and ended in three people being arrested.

The fight broke out at Pan Peninsula, South Quay near Canary Wharf, just before 1am this morning.

Two men, both aged 27, were injured. One suffered a serious shoulder injury and the other had an injury to his nose.

Both were treated at the scene but declined to be taken to hospital.

A man and a woman, both aged 22, were arrested at the scene on suspicion of assault.

A second woman aged 26 was arrested on suspicion of possession of an offensive weapon, described as a baseball bat.

All three have been bailed pending further inquiries. 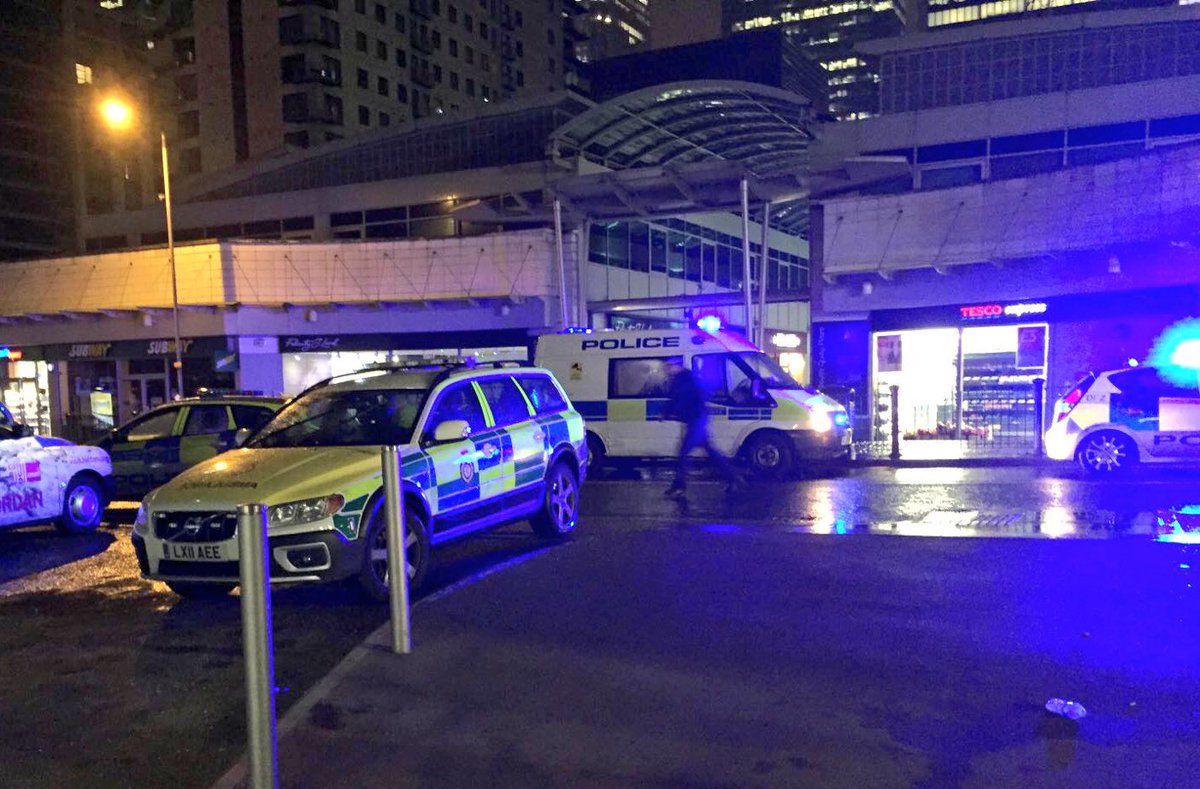