Two fire engines responding to the same emergency call crashed into each other on a roundabout at Canary Wharf last night.

London Fire Brigade say that seven firefighters were injured in the collision on the junction of Westferry road and Westferry circus at around 7:45pm on Tuesday. 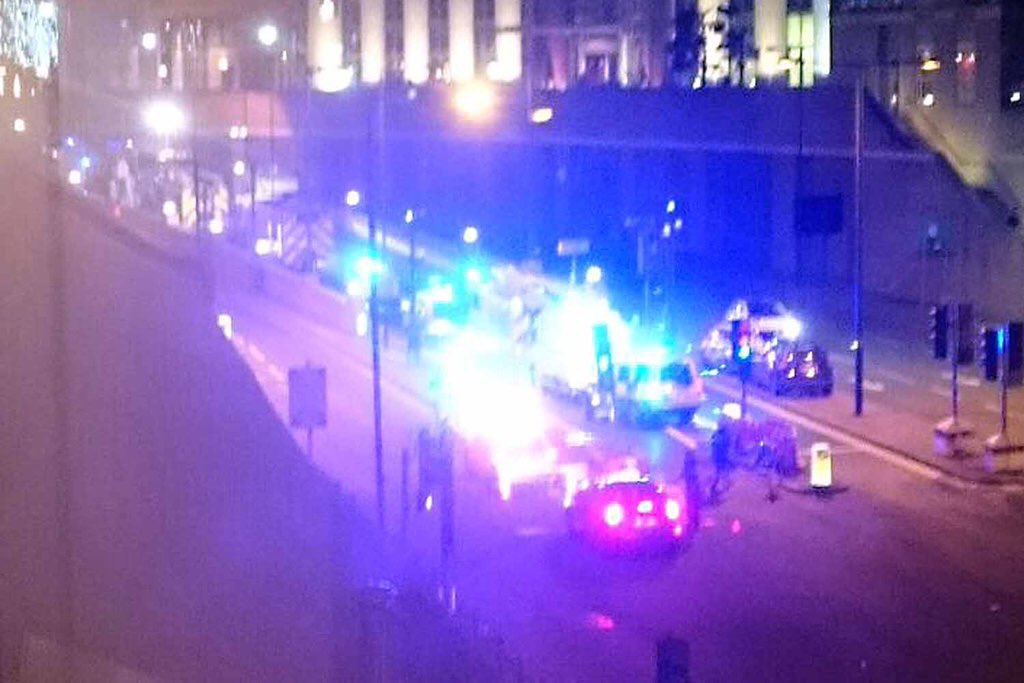 One firefighter was trapped in the crash and was taken to hospital. It's not thought his injuries are life-threatening.

Ten other officers were treated at the scene by paramedics for shock and minor injuries - six of whom went to hospital for more treatment.

An investigation into the incident is underway, a statement from the fire service said.