Charing cross station had to be evacuated this afternoon after football fans on their way to Wembley set off a smoke bomb inside the station. 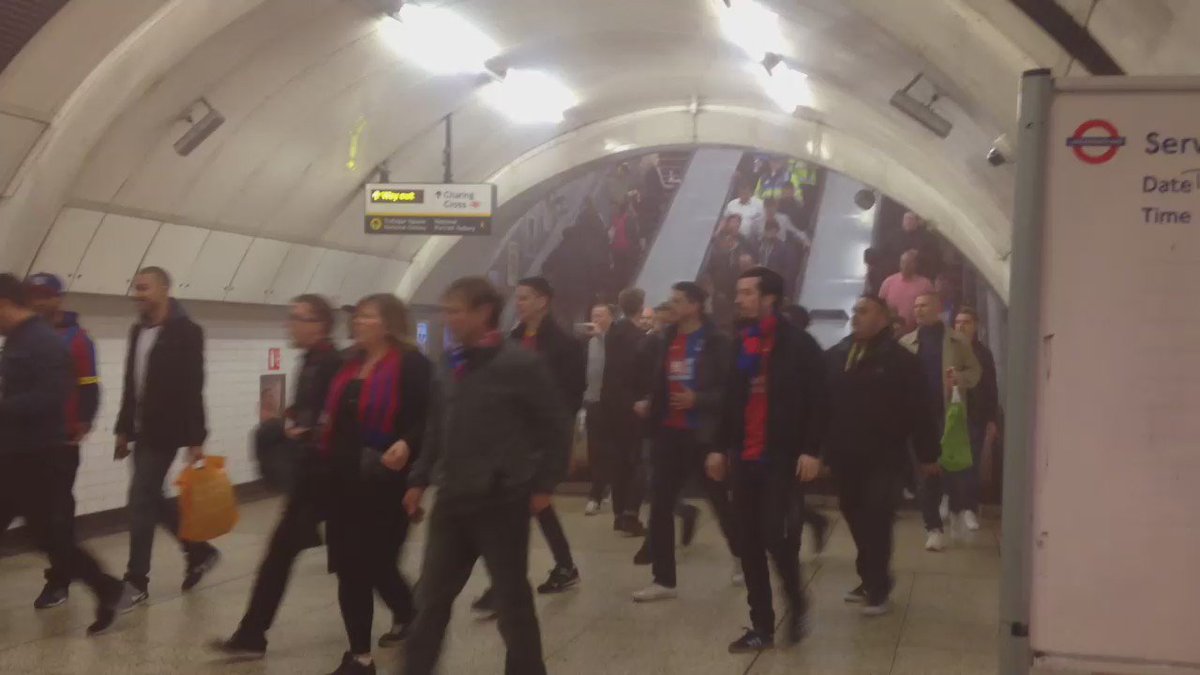 Transport for London said the fans pulled a number of fire alarms then set off a smoke bomb on one of the platforms at around 3.30 this afternoon. The station had to be evacuated and staff had to spend half an hour waiting for the smoke to clear before allowing trains to stop at the station again.

TfL said they didn't know which team the fans belonged to but have made British Transport Police aware of the incident.