Flash floods have left cars submerged and turned roads into rivers across south London, with close to a month's worth of rain falling in one hour.

The London Fire Brigade has attended a number of flash flooding and lightning strike calls in Wallington, Mitcham and Croydon.

In Wallington, South London, two people were helped from their cars and firefighters had to rescue a third person whose car was almost "completely submerged" in Manor Road.

In Caterham, Surrey, roads have been flooded and some shops have reportedly been told to shut by the emergency services.

Almost a month's worth of rain fell in one hour, with 39.6mm recorded at Kenley Aerodrome in Surrey

The Met Office has issued a yellow rain warning for London and the south-east.

A London Fire Brigade spokesman said around 200 emergency calls have been made in response to the "biblical" flooding, including trees, hoarding and telegraph poles alight, thought to be caused by lightning. 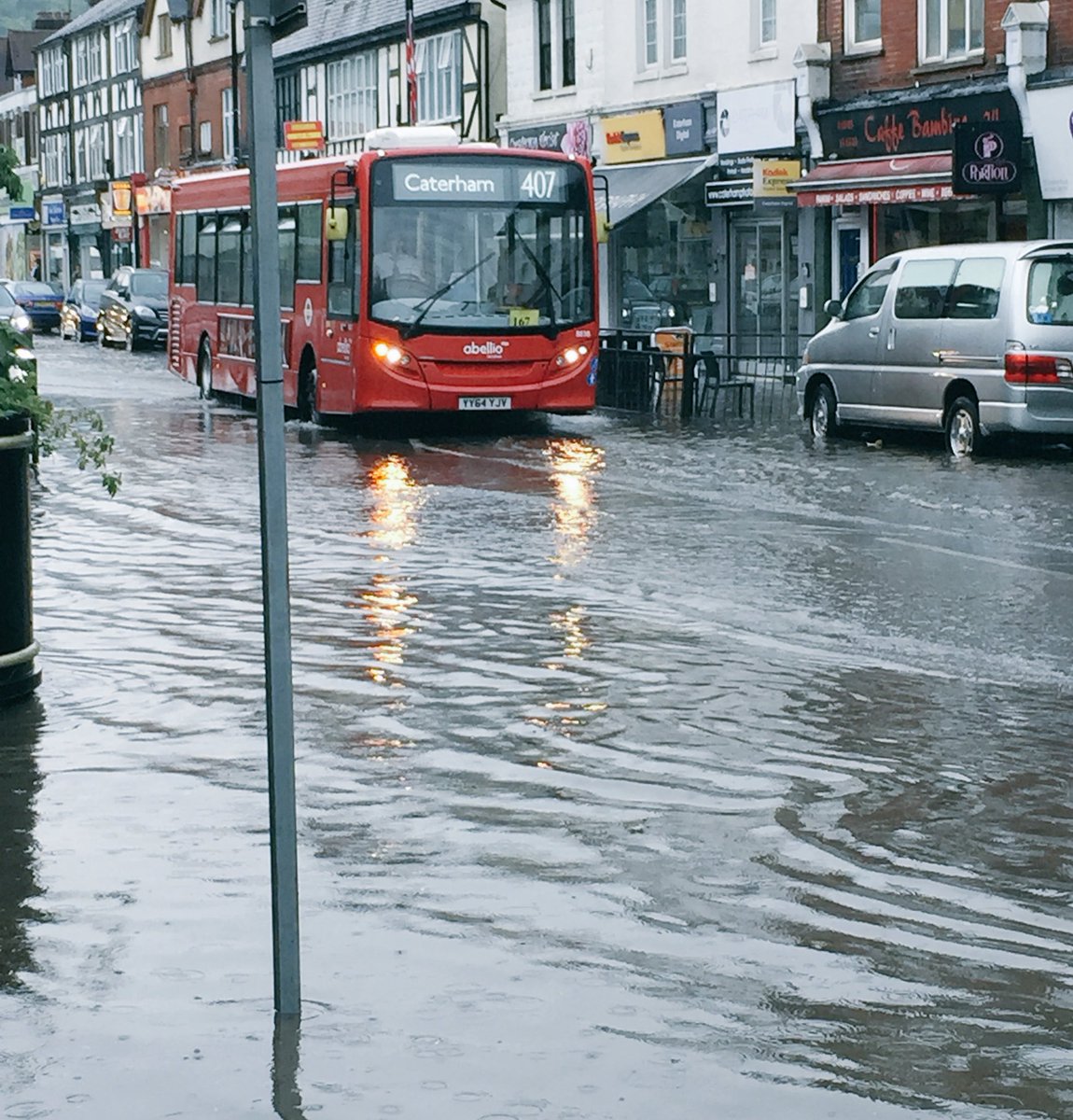 Drivers are being asked to avoid the Wallington bridge in Manor Road due to flooding. 2 cars submerged

Our 999 control officers have been extremely busy this afternoon taking calls to storm-related incidents across the capital.

Firefighters are attending a number of incidents, mainly due to flooding.