A video showing a terrifying fire in east London in which a family was rescued from block of flats has been posted online by a neighbour.

The London Fire Brigade said firefighters rescued two adults and three young children from a blaze in a block of flats on Great Eastern Road in Stratford last night.

The aftermath of the flats that were on fire last night opposite my mums in #stratford https://t.co/ykdfQdvE71

They were led to safety from a third floor flat roof by fire crews wearing breathing apparatus. They were all suffering from smoke inhalation and treated by London Ambulance Service crews.

Over 30 further residents self evacuated from the building. 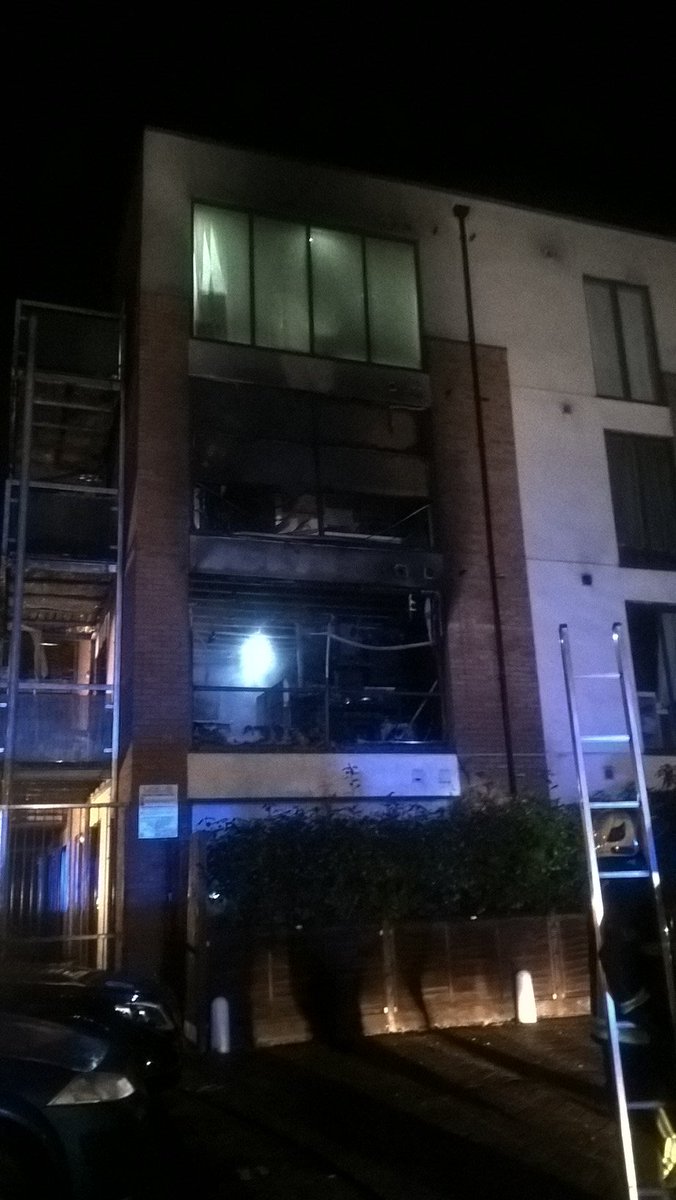 Six fire engines and 35 firefighters and officers from Plaistow, Poplar, Homerton, Bethnal Green and East Ham fire stations were at the scene. The cause of the fire is under investigation.