Ikea offered dozens of customers beds after a crash closed the M25 in Essex.

It has been reported nearly 200 motorists were given beds for the night at Ikea.

There were long tailbacks after two lorries collided near the Dartford Crossing.

One of the lorries overturned and slid down an embankment.

Drivers were stuck in traffic after the crash near junction 30 and 31 on the M25.

The collision happened around 2:30pm yesterday on the carriageway and it reopened in the early hours of this morning.

Among those stuck at the Lakeside branch of Ikea was Fergal Parkinson.

They were joined by many more customers just grateful to have somewhere to sleep.

Natasha posted a picture on Twitter of the bed and said: "Glad to finally have our room." 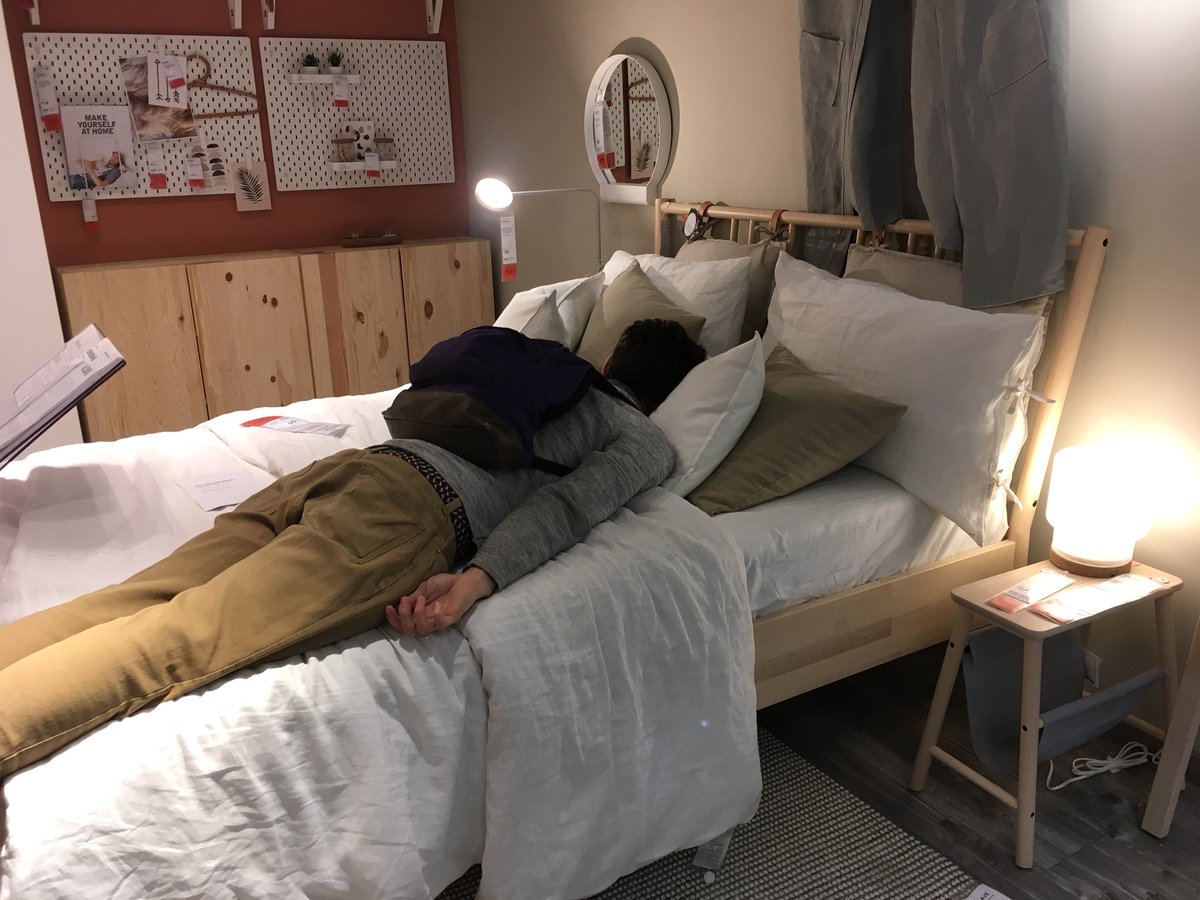 Another person shared their experience on social media.

Esther wrote: 'My daughter and I are trapped in Ikea due to crash on M25...5hrs +counting ..colouring in is saving our sanity..just...thank god for felt tips, rainbows and unicorns ..I can never face a meatball again...'

No one was seriously injured in the crash and two lorry drivers were treated for minor injuries.

The delays stretched back from the QEII bridge as far as Junction 28 for Chelmsford.

Highways England said this morning they were still "working on getting traffic stuck in closure past scene in one lane ASAP."