Palace scored three times in the last 11 minutes to come from 3-0 down to secure a point in their final home of the season.

"I said the game would open up in the second half, and we'd have a chance," Pulis said.

"Then they get the two and, at 3-0, you're staring down the barrel. When we got the first goal, I thought we'd have a squeak.

"Then everything took off, it was amazing. When the second goal went in, it was just a matter of time until we got the third."

Two goals from Dwight Gayle and a strike from Damien Delaney helped Palace fight back from 3-0 down against the Reds and end the season at Selhurst on a high.

what a result great comeback tonight never say die attitude!!! gutted couldnt be involved due to illness but great way to end our home games

Incredible scenes tonight! That was some comeback from the boys! Selhurst was absolutely bouncing! Thrilling viewing? http://t.co/DCauAY3HhF 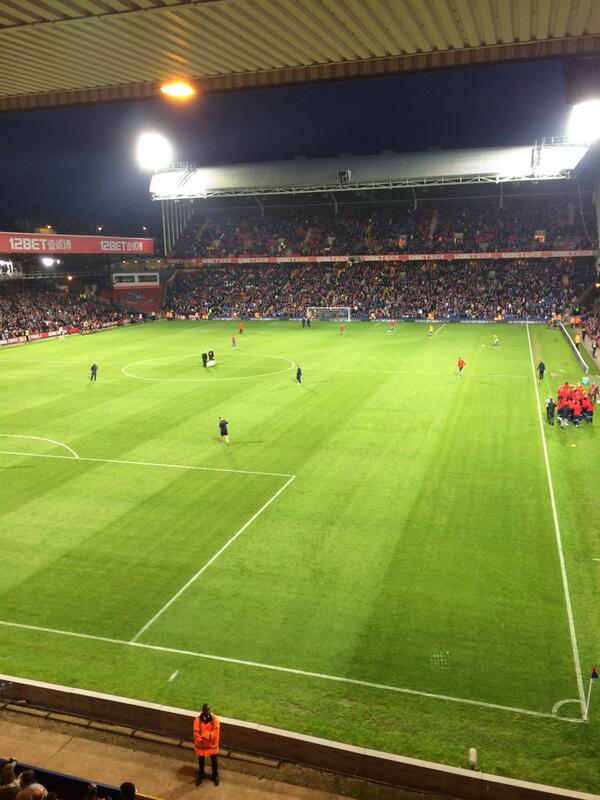 The Reds strolled into a 3-0 lead but a deflected shot from Damien Delaney with 10 minutes to go sparked a Palace fightback.

A double from substitute Dwight Gayle sealed a memorable draw to the delight of the home crowd.