A 15-year-old boy has died after he was taken ill at an illegal rave in south London.

More than 1,000 people reportedly attended the event at a former Royal Mail sorting office in Croydon on Saturday.

Missiles were thrown at officers and the window of a police van was also smashed during the rave.

Fourteen people have been arrested for various offences.

A 19-year-old man, who was also taken ill, remains is in a stable condition in hospital.

"Although the decision was taken to allow the event to continue while preventing further large numbers of people from gaining entry, police in Croydon will not tolerate violent disorder in any form.

"Anyone involved in the supply of illegal drugs, or who put themselves, police officers and members of the public in danger through acts of violence or criminal damage, should be aware that an extensive investigation has begun to identify, arrest and bring before the courts those who committed offences."

Police were forced to use riot shields during the overnight rave in East Croydon. Police were pelted with missiles including chairs and fire extinguishers. A police car was also damaged.

9 people have been arrested, and 4 people have been taken to hospital, following an illegal rave in East Croydon. More than 1,000 people descended on the unused mail sorting venue in Cherry Orchard Road last night, and police officers on a routine patrol became aware of the event at 9:40pm.

Extra officers were called and cordons were put up to stop people entering the building. Some partygoers then became violent, throwing objects including chairs and fire extinguishers at police. The window of a police car was also smashed.

Nine arrests were made for offences including violent disorder, drug offences and money laundering.

After monitoring the event overnight, police entered the building at 8:30am. The building is being treated as a crime scene and further arrests are expected.

All quiet in Croydon. Rave made a mess of old Post Office. Smashed windows, glass everywhere. Police still inside. http://t.co/lpPwX4GwQV 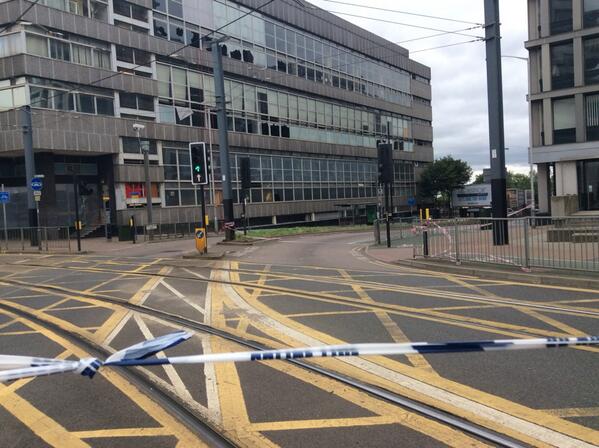 Two arrests have been made at an illegal rave in East Croydon overnight. More than 1,000 people decended on the former Royal Mail delivery office for the event. It's believed the revellers caused damage to the building.

Instead of shutting down the rave, police at the scene allowed it to continue throughout the night and remained at the depot to monitor the area for any criminal activity. Two people have been arrested for disorderly conduct.