The figures mark the highest growth rate for the capital since 1987.

The gap in house prices in London and the rest of the UK is the widest it's ever been, reports ITV's Business Editor Joel Hills.

Gap between house prices in London and rest of the UK is widest it’s ever been, both in cash and percentage terms. http://t.co/S9o5Fmsq3q 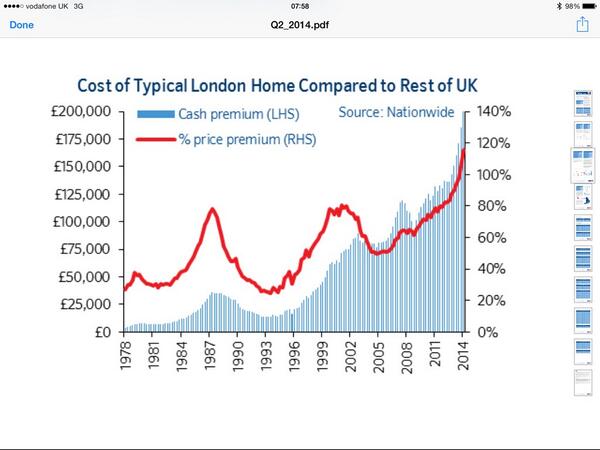 See the chart below for a national breakdown. 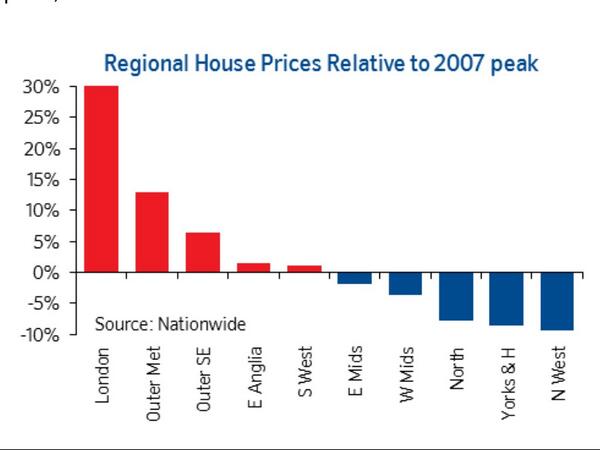 The typical price of a London property is now more than double the average UK house price breaking through the £400,000 mark for the first time, Nationwide said.

Cambridge saw the biggest surge in house prices with a 20 per cent increase putting the average cost of a house there at £419, 187.

Newcastle was named as the worst-performing city with only a three per cent increase in house prices taking prices there to £181, 473 typically.

However, In Northern Ireland, where the housing market is still recovering from some sharp falls in the wake of the financial crisis the average house price now stands at £117,150.

This is around half the level they were at their peak.