The 23-year-old, who is currently with Roy Hodgson's national squad ahead of fixtures against Norway and Switzerland, has signed a long-term deal at the Emirates Stadium to become Arsene Wenger's fifth summer signing - with the deal announced almost two hours after the initial transfer deadline had passed.

He leaves United after coming through the ranks at Old Trafford - developing his craft with loan spells at Preston and Sunderland - but new Red Devils' boss Louis van Gaal has allowed the player to leave in search of regular first-team football.

QPR have completed the signing of Brazilian international Sandro from Tottenham Hotspur.

The 25 year-old has put pen to paper on a three-year deal, after Rangers agreed an undisclosed fee with Spurs for the midfielder’s services.

He’s been a massive target of mine all summer and I honestly didn’t think we’d be able to pull it off – it’s a real statement from the club, from the owners, to bring in a player of his undoubted ability.

He brings energy, aggression, power and quality. They call him the Beast. He’s not only a top quality footballer, but a fantastic boy as well. He’ll lead by example for us.

Tottenham fans loved him and I’m sure the QPR fans will too.

Redknapp: "He’s not only a top quality footballer, but a fantastic boy as well. He’ll lead by example for us." http://t.co/hEujjnNnKP 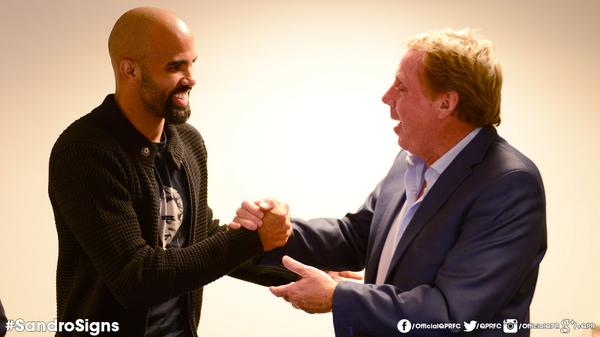 .@sandroraniere: "I will give everything on the pitch and fight for every minute. I’m ready and raring to go." http://t.co/taNpA1QLuT 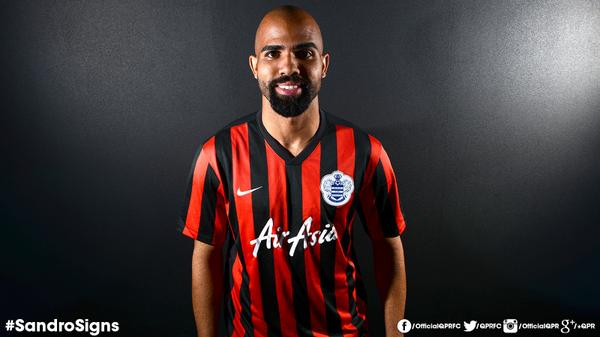 With little under an hour until the transfer window closes, many managers are going to the wire.

This is the situation for London clubs:

ARSENAL It seems Arsene Wenger may be poised to act despite being at a charity football event in Rome. The Gunners have agreed a deal in principle to sign Manchester United's Danny Welbeck. However, talks remain ongoing and Arsenal may be going to the wire to get the deal over the line.

CRYSTAL PALACE Neil Warnock has said he wanted as many as four new faces today and has already brought two in as Tottenham's Zeki Fryers and Wigan's James McArthur have completed their moves after being spotted at the training round earlier.

QPR It's one of Harry Redknapp's favourite days although he uncharacteristically refused the offer of an interview from out of his car window. The club earlier agreed a fee of around £10million for Liverpool striker Fabio Borini although it is understood he has failed to agree personal terms. There is better news as Sandro joins the club! Jermain Defoe could join him, with QPR owner Tony Fernandes optimistic over bringing thim to the club. Nico Kranjcar could also complete a move too but a deal for Lassana Diarra has died. 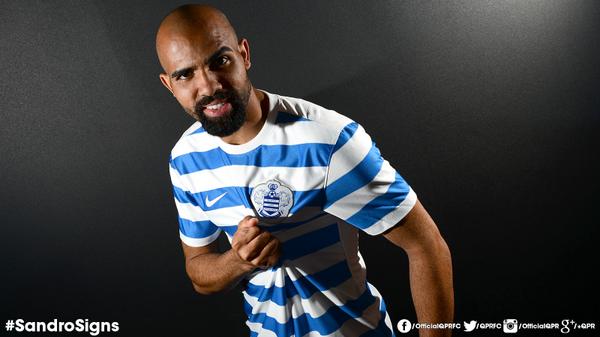 CHELSEA Marco van Ginkel is the second Blues player to head to Milan in this window, following Fernando Torres on a one-year loan deal.

TOTTENHAM Lewis Holtby has left the north London club to join Hamburg on loan for the season although Spurs have boosted their midfield numbers with the signing of Benjamin Stambouli from Montpellier.

And the window is still open. dg

Arsenal have agreed a deal in principle to sign Manchester United and England forward Danny Welbeck as talks continue to complete the deal before the close of the transfer window.

The 23-year-old appears set to be given the opportunity to leave Old Trafford.

The Gunners must secure a deal before the 11pm deadline.

Arsenal manager Arsene Wenger is at a charity football event in Rome.

Brentford have signed striker Portugal Under-21 international Alberto Coelho from Sporting Clube de Portugal on loan for the 2014/15 season.

The 21-year-old attacker, better known as Betinho, arrived in London this morning to complete the move.

He will be part of the Brentford squad for the 2014/15 Championship campaign.

Crystal Palace have completed their second signing of transfer deadline day by snapping up midfielder James McArthur from Wigan Athletic for an undisclosed fee.

26-year-old McArthur has signed a three year contract and travelled down on Monday to meet up with Neil Warnock at the Beckenham Training Ground.

Capped 15 times by Scotland, the midfielder began his career with Hamiton Academicals where he spent five years before making the move south of the border to Wigan Athletic in July 2010.

Fulham has confirmed that Alexander Ka?anikli? has signed a contract extension which sees him committed to the club untilJune 2016.

The Sweden international winger has now moved to FC Copenhagen on a season-long loan deal.

Kacaniklic has made 29 appearances for the Whites in all competitions, and everyone at the Club has wished him the best of luck in Denmark.

Crystal Palace have made their first purchase of transfer deadline day by bringing in Tottenham Hotspur left-back Zeki Fryers for an undisclosed fee.

The 21-year-old has put pen to paper on a three year contract with the Eagles and becomes Neil Warnock's second signing during his second stint as manager, following Wilfried Zaha's loan move on Thursday.

I am very excited to be here and it's a fresh start for me now. I can't wait to get out on the training pitch and show what I can do.

I have met Neil Warnock this morning and we had a good chat about the game and things on and off the pitch. I am really looking forward to working with such a great manager and getting to know my new team-mates.

Tottenham have wished the defender all the best on his move.

We have reached agreement with Crystal Palace for the transfer of Zeki Fryers. We wish him all the best. http://t.co/NKDABZ3mVK 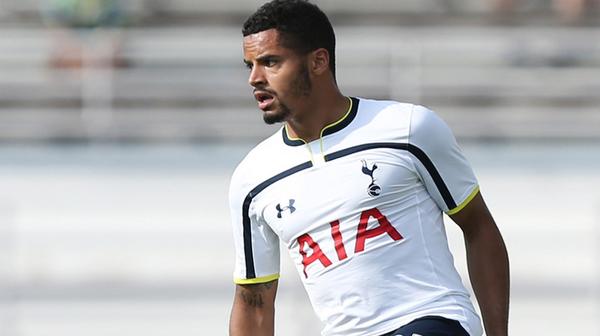