An eyewitness who was in the shop in Harlesden when a bus crashed through the window says parts of the building collapsed.

Four people were trapped in a shop when a bus crashed in Harlesden, the London Fire Brigade has revealed.

The building was severely damaged so a cordon was put in place and people were evacuated from the area. Firefighters worked quickly to ensure there were no additional casualties.

Fire crews helped London Ambulance Service crews with 17 people who were injured. Sixteen were taken to hospital with one further person was treated at the scene.

Four people in the shop were uninjured but had to be rescued by fire crews using ladders as they were stuck after the bus blocked the entrance.

The Brigade was called around 2pm and the incident was over at 6.20pm. Firefighters from Park Royal, Stanmore and Wembley fire stations were in attendance. The cause of the collision is not known at this stage.

London Fire Brigade are now saying 17 people have been injured in the bus crash in Harlesden. Three have been seriously injured, and four children were among those hurt.

They also had to rescue four people who were trapped inside the shop using ladders to get them out of the back of the building.

The building has been severely damaged so a cordon has been put in place and people have been evacuated from the area. Firefighters worked quickly to ensure there were no additional casualties.

I’d ask people to avoid the area if possible as there is heavy traffic disruption.

At least 15 people were injured, two seriously, after a double decker bus crashed into a shop on a busy high street.

London Fire brigade is still at the scene of Harlesden bus crash where at least 13 people have been injured.

We're still at scene of bus collision in #Harlesden, roads closed while area is made safe https://t.co/MHTcHF9Rbh https://t.co/vV6fzwQMu3 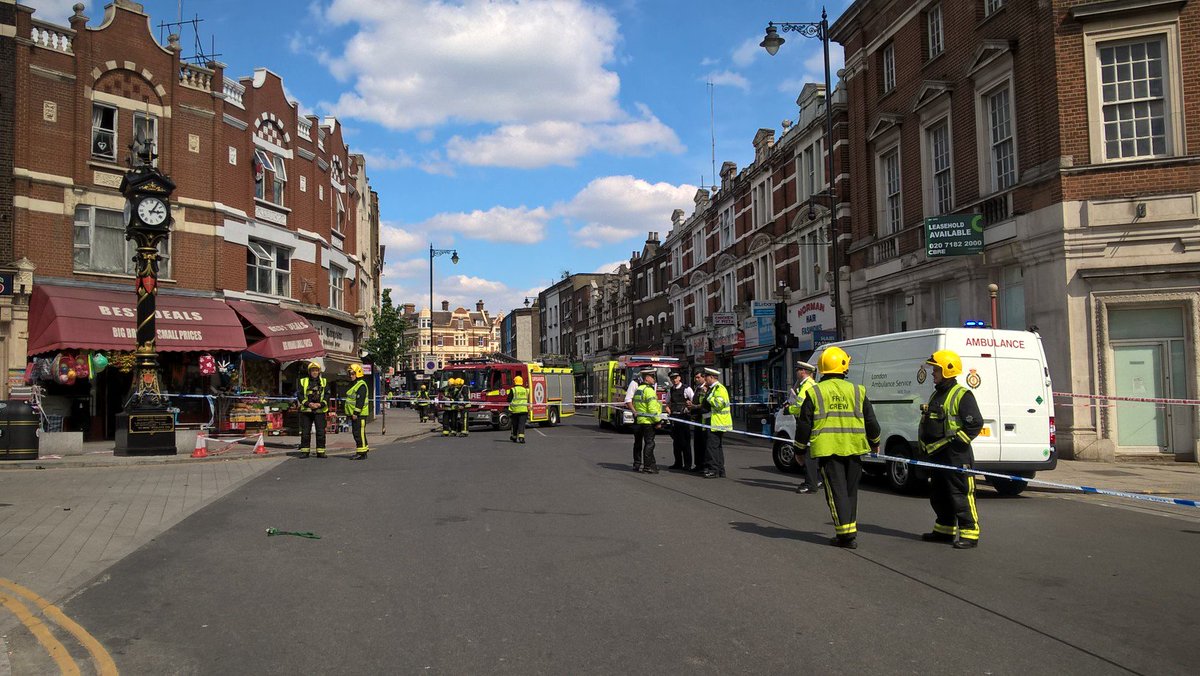 Roads have been closed in Harlesden after a bus slammed into a shop.

We are responding to a bus crash in #Harlesden and have multiple resources on scene. We have treated 13 patients so far and remain on scene.

A Met Police spokesman said the bus crashed into the shop around 2pm.

Police, the Fire Brigade and London Ambulance are at the scene.