World number 1 Novak Djokovic is playing Croatian Marin Cilic in the ATP World Tour at 8pm tonight. He tweeted his view from the boat on his way to the O2 arena this afternoon. 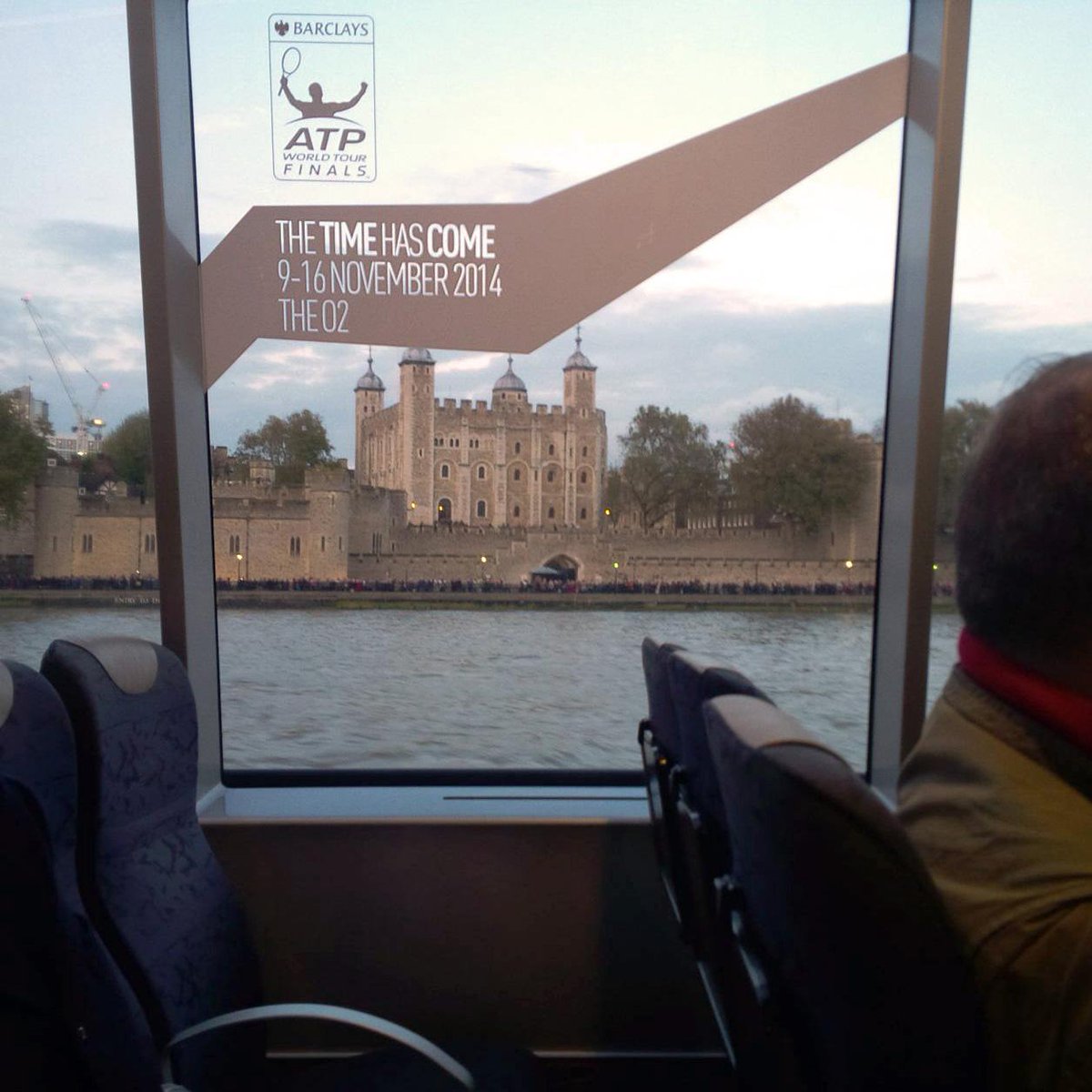 And it's fair to say a lot of fans are less than impressed.

Judy Murray has spoken about the moment her son stopped traffic to rescue a dog on his way to train for Wimbledon. Andy Murray came to the rescue of the labradoodle at the weekend as it ran towards oncoming cars.

Judy Murray said to her son: "What you doing? You're on the way to Wimbledon and you're going to get run over."

Not surprisingly the dog's owner was shocked to see who had saved her precious labradoodle, adding: "Andy was sitting in the car and she just went, 'Oh my God'."

"I met the owner and she was happy I'd picked it up. "The dog was pretty strong, I don't think it really wanted me to grab it by the collar and put it in the car but thankfully the dog was fine and it's all good."

Andy Murray stopped traffic as he came to the rescue of a dog running towards oncoming cars.

On his way to practice at the All England Club in Wimbledon, the Scot made an unscheduled stop to save the labradoodle and then returned it to its owner.

"I was driving to practice and there was a dog running along the road. I parked the car and got out and tried to stop the traffic because the dog was running towards the oncoming traffic. I ran into the road, stopped the traffic and I managed to get the dog onto the back seat of my car.

"Then I drove to the place where all of the people walk their dogs, which is literally just round the corner. I called the number on the tag and amazingly my two dogs walk with that dog quite a lot. I met the owner and she was happy I'd picked it up.

"The dog was pretty strong, I don't think it really wanted me to grab it by the collar and put it in the car but thankfully the dog was fine and it's all good."

The tennis champion was caught in the midst of a gun scare this week - but it turned out just to be an autograph hunter brandishing a tennis racquet.

Police were called on Wednesday evening by a member of the public saying they had spotted a group of men in Swiss Cottage and thought one of them was carrying a gun. They followed the men's car to Chelsea and arrested all four of them on suspicion of possessing a firearm.

However, it turned out two of them had simply been banging on the window of Murray's car with a racquet to try and get him to sign it. A police spokesman said later they had found no trace of a firearm in the car and the men had been bailed pending further enquiries.

Andy Murray says he should not be guaranteed a knighthood for his historic Wimbledon win.

He told ITV News Sports Editor Steve Scott such recognition should take "a lot more work", but when asked, he admitted he would not turn one down:

After arriving at Number 10, Andy Murray was taken into the Downing Street garden where he described what it felt like to be a Wimbledon champion.

Who could be the next British Wimbledon champion? Read about the hopefuls here.

Staff lined the corridors of Downing Street to greet Andy Murray as he arrived for a special reception to mark his historic Wimbledon win.