MPS on the Transport Committee will today hear an update on the high speed rail service. David Higgins, Chair of the HS2 ltd and Lord Deighton, Commercial Secretary to the Treasury of the HS2 Growth task force will give separate reports,

Yesterday the Government announced plans to scrap the proposal to link the High Speed two rail route with the Channel tunnel train line at St Pancreas. This was after David Higgins questioned the possibility of the route in his report to the Government released last week.

David Higgins also asked in his report for the building on the Northern section of the high speend rail project to be accelerated. The Transport Secretary Patrick McLoughlin has asked the H2S task force to look into what is achievable in this sector.

An HS2 spokesman says the railway will be able to operate in extreme weather events.

Europe Minister David Lidington has written to his Government colleague Transport Secretary Patrick McLoughlin saying the line will concrete over farmland which currently serves as natural flood protection for his constituents' homes. 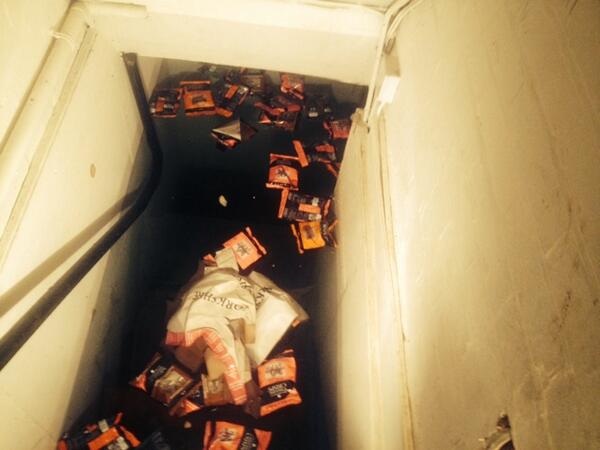 Former Cabinet minister Cheryl Gillan said it was "totally unsatisfactory" that a full assessment of the flood risk of the HS2 project had not been carried out. The £42 billion rail link will run through her Chesham and Amersham seat in the Chilterns.

In response to a parliamentary question from Mrs Gillan last month about the risk of the route being flooded, Floods Minister Dan Rogerson said:

"The safeguarded area for phase one of HS2 crosses just over 100 watercourses, each of which will have a degree of flood risk associated with them.

"The scale of that risk will depend on the precise alignment of the route. At present this has not been fully assessed, nor has an assessment been made for the phase two routes."

Mrs Gillan said: "This is totally unsatisfactory. You would have thought that was a basic part of any environmental investigation."