John Terry will captain Chelsea for the 500th time this afternoon. He has been named in the Blues' team to face Crystal Palace at Selhurst Park. He will also equal Frank Lampard's Premier League appearance record of 429 games for the club.

Fans from rival teams have taken to mocking Chelsea captain John Terry on twitter following last night's defeat to Atletico Madrid that cost them a place in the Champions League final.

Pictures of Terry shedding tears after the match that have been doctored by twitter users have gone viral on the social networking site: 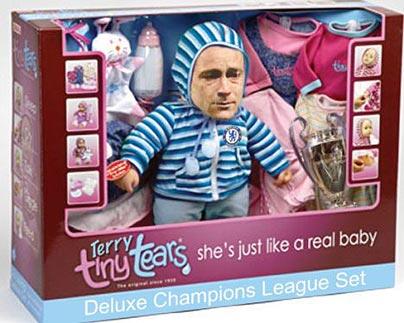 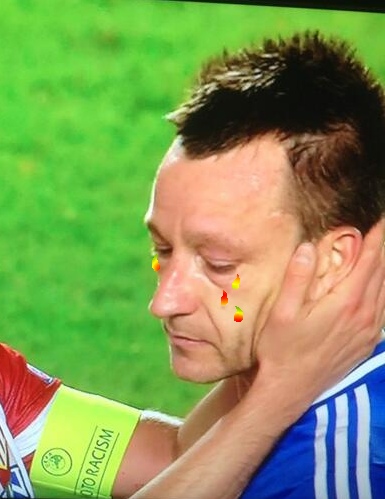 John Terry may earn around £170,000 a week, but it seems the Chelsea captain still loves a bargain. He's been caught shopping in the aisles of a bargain store in Surrey. Jack Jeffrey from Woking FC's Academy was shopping at Poundworld at the time, and tweeted this picture. 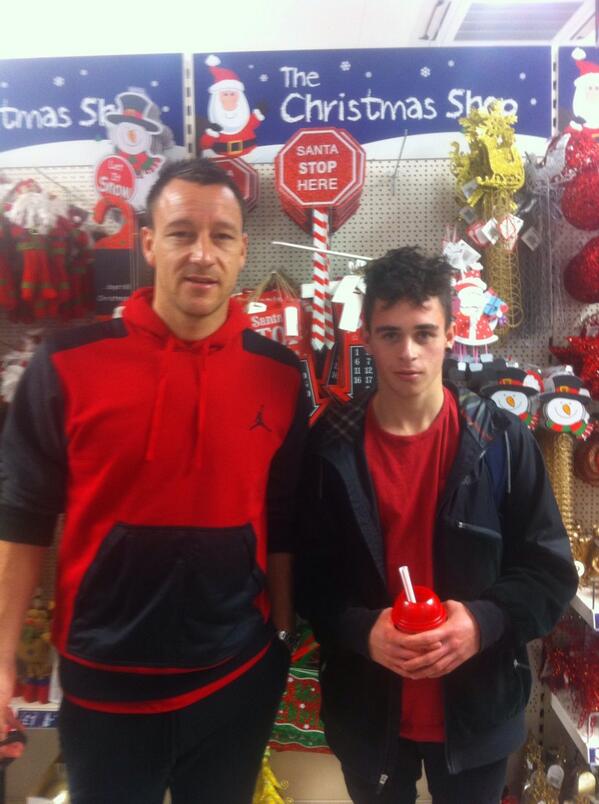 Alan Tierney and Richard Trunkfield were arrested as part of Operation Elveden, which was set up to investigate allegations of newspapers paying police officers for information.

Tierney sold details about Sue Terry and Sue Poole, the mother and mother-in-law of former England football captain John Terry, being arrested on suspicion of shoplifting in Surrey. They accepted cautions.

He also sold details about the arrest of guitarist Ronnie Wood, 65, on suspicion of beating up his Russian lover Ekaterina Ivanova, who is in her 20s. Wood also accepted a caution.

Former police officer Alan Tierney, from Hayling Island, Hampshire, has been released on bail after admitting to selling information about the arrests of John Terry's mother and Rolling Stone Ronnie Wood to the Sun newspaper.

Tierney will to be sentenced on March 27. Mr Justice Fulford, sitting at the Old Bailey, warned him that "all options remain open". Tierney pleaded guilty to two counts of misconduct in public office.

Prison officer Richard Trunkfield, 31, from Northamptonshire, has admitted at the Old Bailey leaking information about a high-profile prisoner while working at high security Woodhill prison, near Milton Keynes to The Sun newspaper.

Chelsea captain John Terry will be asked to wear an anti-racism armband if he leads the team against Shakhtar Donetsk in the Champions League tomorrow. Terry is currently serving a domestic ban for shouting a racial insult at an opponent but he is eligible to play in tomorrow's game in Ukraine.

The European governing body UEFA is using this week's European matches to promote the 'United Against Racism' campaign after a series of racist incidents at matches. All club captains will be asked to wear the armbands during the games.

Chelsea have been criticised by football's equality group Kick It Out for keeping their punishment of John Terry secret.

The club said they had taken "further disciplinary action" against the defender after Terry decided to accept a four-match ban and £220,000 fine from the FA for racially abusing QPR's Anton Ferdinand.

But Chelsea said they would be keeping their action "confidential" due to club policy.

Lord Herman Ouseley, chairman of Kick It Out, said that stance could damage Chelsea in the eyes of those people who had been waiting many months to see how the club handled the case.

Chelsea have taken disciplinary action against John Terry after he was found guilty of racially abusing QPR defender Anton Ferdinand, but the club say the internal sanctions issued "will remain confidential".