Police are appealing for help after a man was seen with a knife at Stockwell Tube station on New Year's Eve.

A Stockwell actress who made her Broadway debut a year ago has won a coveted Tony Award after rave reviews.

Witnesses say the man had been leaning over the platform to get his bag when he was hit.

A motorcyclist is fighting for life following a crash in south London this morning. Witnesses describe seeing the bike virtually 'disintegrate' on Stockwell Road after hitting a 4x4 Land Cruiser. 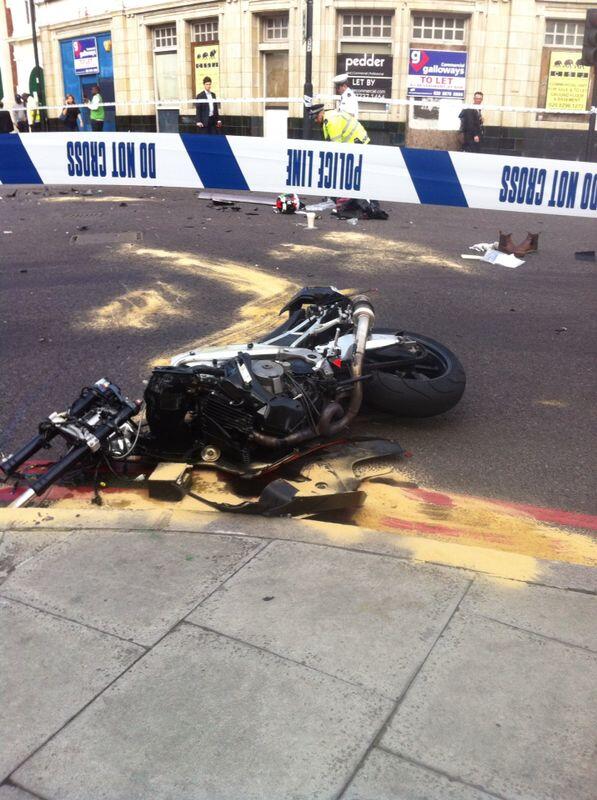 Nasty looking crash in #Stockwell this morning, police and paramedics on the scene. Best to avoid Stockwell road if travelling by car/bus

London Ambulance Service said they treated a man, reported to be in his 30s, for leg and arm injuries.

A bird with a cigarette set fire to a flat in south London last night. 20 firefighters were called to Landor Road in Stockwell to bring the blaze under control. Nine people escaped the building unharmed.

Neighbours spotted the smoke and called the blaze, meaning firefighters were able to get in quickly. #smokingbird http://t.co/1v6BKUvVm3 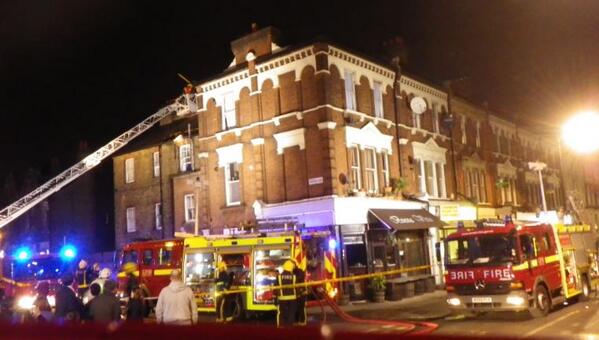 Investigators eventually found a burnt nest, and realised a bird had picked up a smouldering cigarette and then dropped it.

"When we got up into the roof, we were baffled as there were no obvious ignition sources - no one had been up to there for a long time and there were no electrics that could have sparked a blaze.

"We looked everywhere, but the smoking gun was found when we discovered a partially burnt birds nest. Neighbours told us they often saw birds flying in and out of a hole in the roof.

"We believe that one of the birds picked up a cigarette butt that was still smouldering and dropped it into the nest, causing it to catch fire and set the roof alight."

Detectives investigating the killing of Babafemi Junaid in Stockwell have made two further arrests on suspicion of his murder.

Police were called after 5pm on February 7, to a car in collision with a bus in Clapham Road, near to Stockwell underground station.

Junaid died of a single stab wound to the heart, according to the post-mortem examination.

A 17 year old has been charged with the murder of a man who was stabbed outside Stockwell tube station a week ago.

22 year old Babafemi Junaid managed to get into his car after the attack, but then crashed into a bus. He died later in hospital.

The 17 year old- who can't be named - will appear in court tomorrow. 18 year old Evan Edwards from Stockwell has already been charged with Femi's murder.

A week on from the murder of Babafemi Junaid police continue to appeal for information and witness to come forward to assist with the investigation.

Police were called after 5pm on February 7, to a car in collision with a bus in Clapham Road, near to Stockwell underground station.

Junaid died of a single stab wound to the heart, according to the post-mortem examination.

Acting Detective Inspector Reid said: "One week on from the murder we are keen to hear from anyone who may have been on the bus or seen the incident on Clapham Road.

"We believe that there were a number of young people on the bus that afternoon that took mobile phone footage of the disorder on the bus and the pavement and we urgently wish to speak to them."

Two teenagers are being questioned by police on suspicion of murder following the death of a man in Stockwell.

Babafemi Junaid known to his friends as Femi, died over the weekend after he was discovered with a stab wound in a car on Clapham Road.

Detectives investigating the muder of a Peckham man are appealing for witnesses. Babafemi Junaid, also known as Femi, who was 22, died near Stockwell underground station. He was stabbed in the heart and police believe he then got into his car and drove away, before colliding with a bus.

It happened at around 5.40pm on Friday 7th February. Babafemi was taken to hospital but died later that evening. Police say his death may be related to a call they received about an altercation on a 155 bus nearby.