Wrestler Hulk Hogan squeezed his way onto the Thames cable car yesterday as he made his way to the WrestleMania Revenge Tour. The event features WWE World Heavyweight Champion Daniel Bryan, John, Cena and Randy Orton. 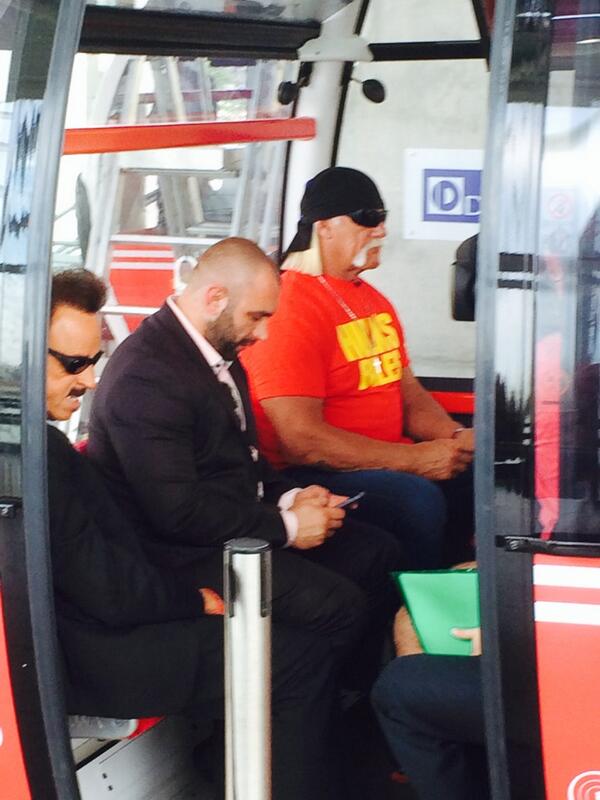 Hulk Hogan was joined in the car by his entourage. Last year the service came in for criticism after it emerged only four people regularly use the service, which connects Greenwich Peninsula and the Royal Docks.

Monty Python have announced that their reunion concerts will not lead to a wider world tour.

The remaining members of the comedy troupe said they had "reluctantly decided" that their 20th July gig at the O2 in London this summer will "probably be their last live performance together".

A statement released by their publicist said: "The Pythons had hoped to take up some of the many offers to perform at arenas all over the world, but individual commitments to other projects over the next three years has made this impossible."

But it said the O2 shows would be "a dazzling spectacle featuring all of the favourite sketches, musicians, dancers, with set and lights by the creative team behind the London Olympic closing ceremony" and a "spectacular celebration" of their careers.

Music superstar Beyonce has announced she will be playing four gigs in London this year as part of her Mrs. Carter Show World Tour. The singer will be performing at The O2 on April 29th, April 30th, May 1st and May 3rd.

Tickets go on sale to the general public on February 23rd though O2 customers can get them 48 hours earlier.