London developers have got the green light to build a 25m 'sky pool' between two buildings in Nine Elms.

One man was killed and two others injured in a stabbing in south-west London.

Police discovered a man in his thirties who had been knifed on Winstanley Estate in Wandsworth around 6pm on Wednesday.

The injured man died a short while later at the scene.

Two other men who also suffered stab wounds were taken to hospital with non-life threatening injuries.

Police are yet to make any arrests as detectives from the Homicide and Major Crime Command investigate.

Over 100 police officers have been involved in a crackdown on drug dealing, violence and associated crime in south west London.

Detectives have released CCTV footage over teenage boys robbing a newsagents by threatening the shop keeper with a broom.

The victim is believed to be aged in his 60s and though next of kin have been informed, formal identification has not yet taken place.

A 14-year-old boy has gone missing from hospital in Wandsworth. Joshua Mould was last seen at Springfield Hospital around 4:50pm yesterday.

Joshua is described as white, about 6ft 1in tall of a slim build. He has black hair with a long fringe covering his eyes. He also wears thick black rimmed glasses. The teenager has learning difficulties and may struggle to communicate.

Police say they are 'extremely concerned', and anyone with information should call 999.

A union has said it is worried plans for Wandsworth and Richmond councils to merge may lead to job losses.

The stones will form a new wider walkway when the bridge reopens in October. 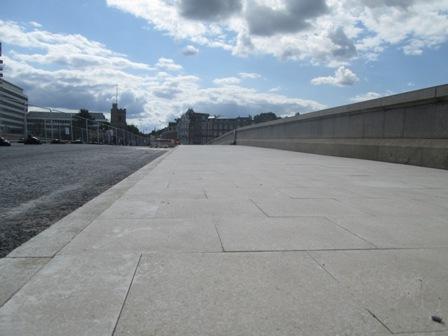 Engineers are also continuing the refurbishment works to the subway at the northern end of the bridge, while work continues off-site to refurbish the bridge's ornate Victorian lamp columns which are being restored by specialist craftsmen.

The driver of the ambulance was left shaken by the crash while another woman had to be taken to hospital after suffering minor injuries.