One of the little page boys just fainted #QueensSpeech

How will just three pages carry the Queen's robe? About to find out #QueensSpeech

One of the page boys has grabbed the back of the robe. Well improvised #QueensSpeech

A House of Lords spokesman refused to identify which of the boys had fainted. The spokesman said: "We can confirm one of the page boys did faint slightly but he is now fine. He is with his family and there is no problem."

If you thought you'd heard every excuse for delays during London's rush hour, then think again.

A lorry carrying an octopus has broken down at Oxford Circus. Transport for London is advising all drivers to approach with care while they try and remove the sculpture.

A lorry carrying an octopus has broken down at Oxford Circus. Approach with care. http://t.co/GpQQEEoZi8 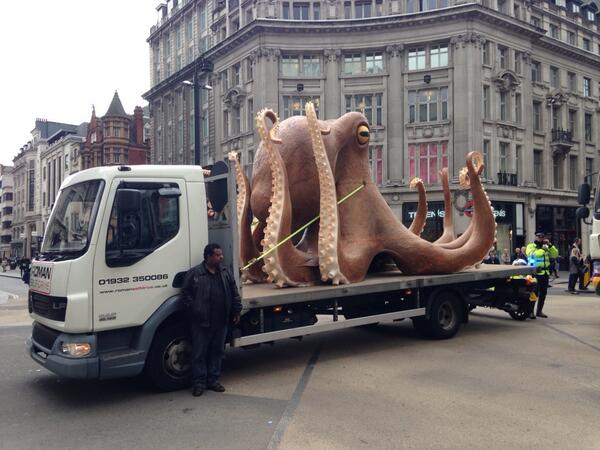 Am loving the fact that Central London roads are at a standstill due to a giant octopus on Oxford circus http://t.co/4bct1Xodop 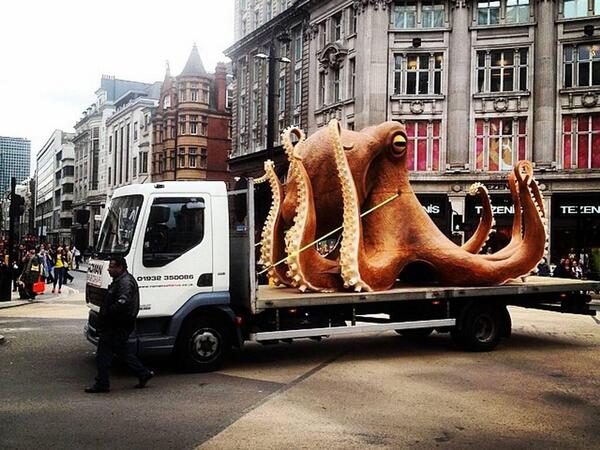 The teams visited 3 different shops in Westminster last week. A 5-year-old Springer Spaniel, Bradley, and a 15-month-old Cocker Spaniel, Buster, sniffed out cigarettes that ‘raised questions’ at all the shops.

Some of the cigarettes didn’t have the correct health warnings on them. Others had been bought abroad and hadn’t had the right duty paid on them.

The student found an arm across his throat which was squeezed so tight, he fell unconscious.

When it comes to parking in central London, finding a space can be more than a little frustrating at times. And it seems that was particularly the case in Harley Street today.

A Citroen people carrier ended up flattening a row of motorbikes. The driver is being treated for minor injuries.

An investigation is underway to find out what happened.

Westminster had the most high growth firms (HGF) active between 2009 and 2011, a study of all local authorities in the UK found.

HGFs are companies that have a starting base of at least 10 employees that grew annually by a minimum of 20% across the three-year period.

A woman has died following a collision on Westminster Bridge yesterday.

Police were called to reports of an accident involving a pedestrian and a black cab on the bridge just before 2am.

The 28-year-old woman, a Russian national, was taken to a south London hospital where she later died.

Next of kin are aware of the incident but formal identification and a post-mortem examination are yet to be scheduled.

The cab driver stopped at the scene and was not arrested.

Filming has begun in the House of Commons for the new movie Suffragette. The film directed by Sarah Gavron stars Carey Mulligan, Helena Bonham Carter, Brendan Gleeson, Anne-Marie Duff and Meryl Streep. It follows the story of one woman's fight for the right to vote.

It's the first commercial filming that's been done at the House and it will serve as a pilot for any future filming proposals.

The luxury car left the road and smashed through metal railings before becoming stuck at the bottom of a 14-foot drop in central London.