Crystal Palace manager Tony Pulis has won the Barclays Manager of the Month award for April.

Congratulations to Tony Pulis for winning the Barclays Manager of the Month award for April: http://t.co/Dgzle3e4bM http://t.co/L8T0WOIXaZ 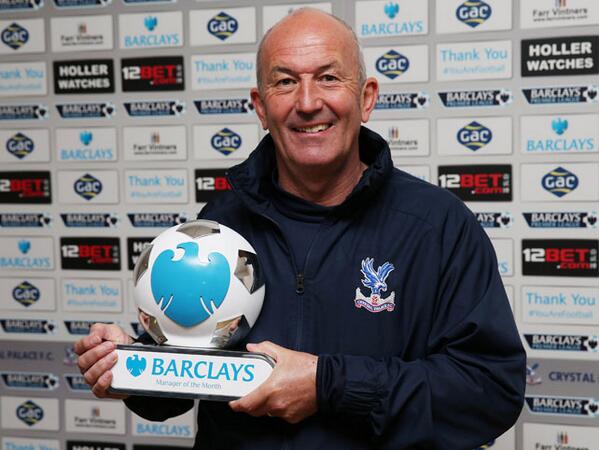 The victories followed a win against Chelsea during their five-match winning run.

"It's not about me really, it's about everyone at the football club and that includes my staff, the players, the chairman and directors and the wonderful support we've received all season," Pulis said.

"To win five on the bounce is a wonderful achievement at any football club, irrespective of the name, and it's a testament to the players for their attitude and commitment towards keeping this club in the Premier League."