Illusionist Dynamo has defended his levitation stunt at the Shard, after photos emerged clearly showing wires holding him up.

He told The Sun newspaper: “That was a rehearsal and we used those wires for health and safety,” he told The Sun. “It's a shame a picture went out, but that's the world we live in." He added: “The stunt we filmed for the show will give people something to think about when they see the full effect.”

SHARD / DYNAMO update: Er, not much of a levitation illusion if you can see the wires. http://t.co/1JiiffZBe0 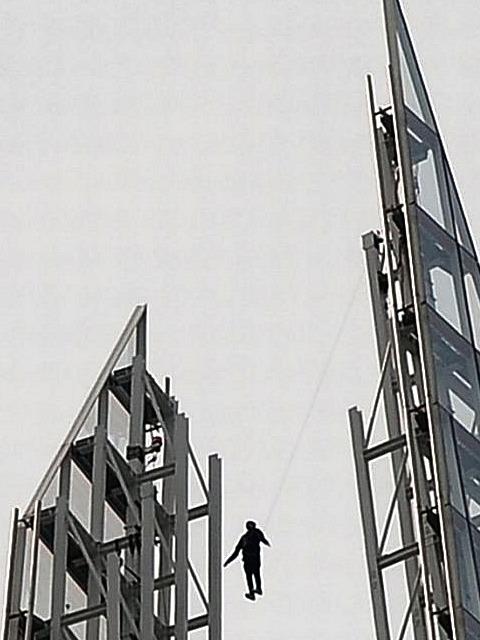