A lorry has crashed through a florist in Upminster - reducing the entire shop front to rubble. 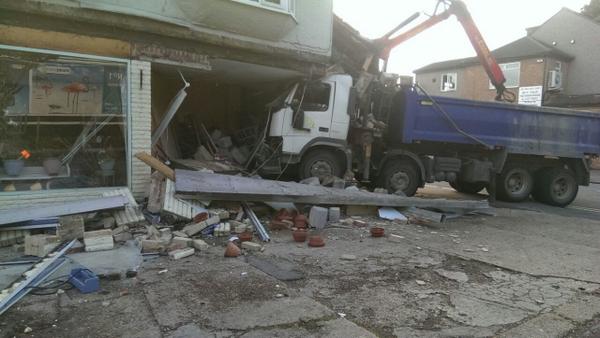 The crash happened just before 3pm this afternoon near the junction of Upminster Road and Norfolk Road. The lorry is still stuck there now - and London Fire Brigade said they expect to be at the scene well into the evening. 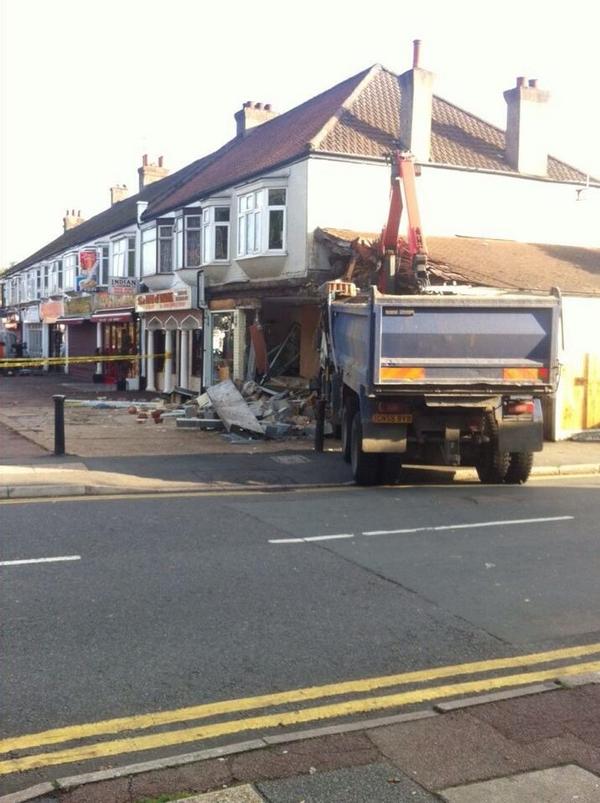 Ten people were evacuated from neighboring shops but miraculously no-one was seriously injured. The lorry driver suffered only minor injuries and did not need hospital treatment.

Police say they haven't made any arrests and it's suspected the driver lost control while travelling over Upminster Bridge.