A life-like Tyrannosaurus Rex was spotted on the back of a truck in central London this morning, leaving commuters stunned and onlookers intrigued.

The giant beast was covered in white sheet, but its tail, claws and head were clearly visible. The sheet was stained with red to make it appear like blood.

What's going on in #LondonBridge ?! I've just spotted a T-Rex on my way to work! http://t.co/gBKn6PFFZ5 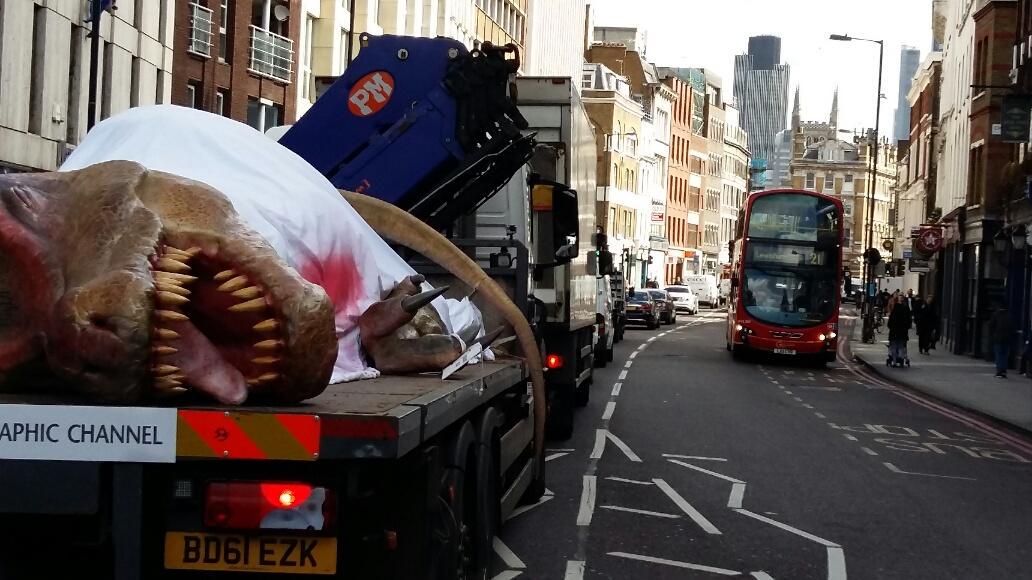 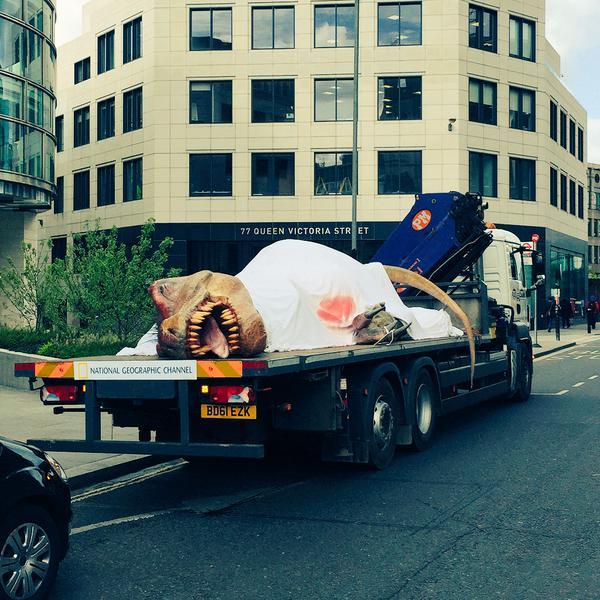 The unusual sight provided some excitement for Monday morning commuters, who shared their pictures online. Transport for London even released CCTV images of the beast passing through Trafalgar Square.

The dinosaur was a public relations stunt to promote an upcoming television show, which will document an 'autopsy' being carried out on the 65-million year old animal. 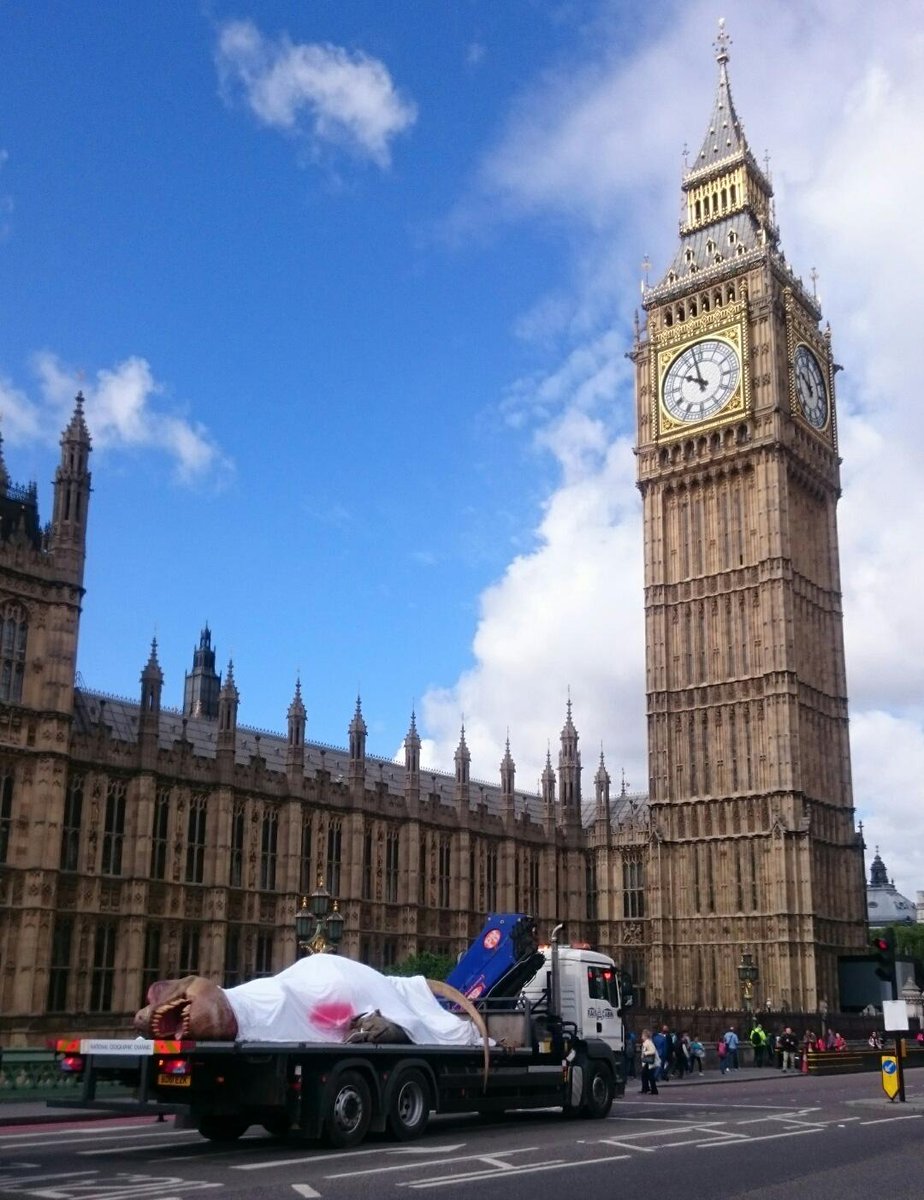