An investigation into the fire that destroyed 80 cars at the weekend has concluded that it was started by a discarded cigarette.

Hampshire Fire Service has bene looking into the blaze that swept through the car park on Friday afternoon just before 4.15pm on the second day of the four-day festival.

A spokesman for Hampshire Fire and Rescue said that their investigation has concluded that a discarded cigarette igniting stubble around the parked cars is the probable cause.

This devastating fire shows the danger and impact of discarding lit cigarettes.

In the summer a fire like this is more likely to take hold quickly and can grow out of control in minutes.

Smokers should always ensure that cigarettes or cigars are fully extinguished and disposed of properly, and under no circumstances left unattended.

Likely cause of #Boomtown fire found as discarded cigarette setting light to stubble around the parked cars. https://t.co/DYBpSCY6m6 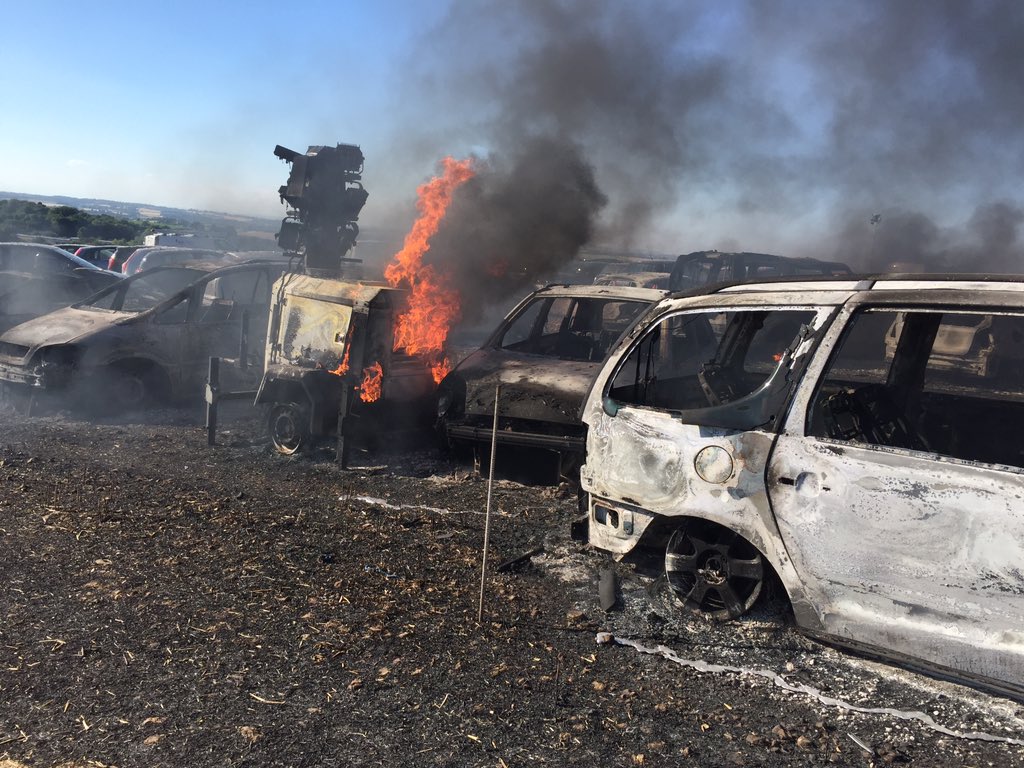 At its peak there were six crews fighting the fire. Nobody was injured.

A spokesman for Boomtown said that they had yet to receive the report so were unable to comment.

We have a full operation in process to support those affected by the incident and assisting getting them home via a variety of methods depending on the individual circumstances.

A Hampshire Police spokesman warned people to expect additional traffic congestion as thousands of people made their way home.

An extra 10,000 people came to the event compared to last year. Despite an increase in attendance, reported crimes and drugs arrests at the festival were down.

The fire on Friday was well handled with great assistance from Hampshire Fire and Rescue Service and plenty of support on site from the festival organisers for those affected.

Please be aware that there will be traffic congestion from 11am until mid afternoon on the A34 and A272 as customers leave the site.

There are clear diversions in place and people making local journeys are asked to take alternative routes where possible.

Overall this has been another highly successful and well run weekend.