Water supplies are returning to normal after a burst main sparked chaos across large parts of Dartford.

Residents took to Twitter to show pictures of the extent of the flooding.

The Tower Retail Park was particularly badly hit, while Crayford Road has been closed at the junction of Station Road and Roman Way. 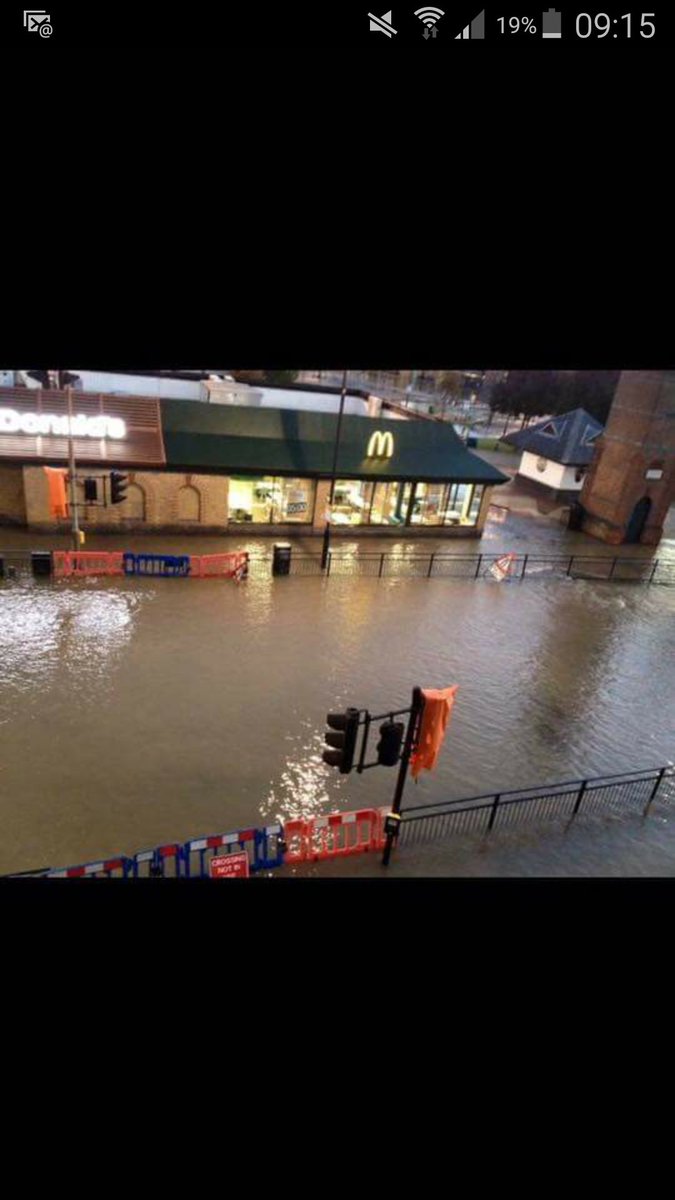 And cars are being crushed in the car park at Crayford Townhall Square because of the rising water level.

Thames Water has apologised for the disruption, which has been ongoing since Tuesday when a first repair went wrong.

Things deteriorated in the early hours of this morning when a joining pipe burst.

This is an extremely difficult repair, due to the location and depth of the pipe, and we are very frustrated to have suffered this major setback.

“The second burst and flooding is now under control and water pressure should be returning to normal for customers.

"We’re really sorry for this added disruption our work is causing, and are doing everything possible to get things back to normal as quickly as possible.

My good deed of the day. Water delivery for townhall square. Thanks for helping Sam and Kent Police https://t.co/qzhiOSkIp8

Bottled water is available in the Crayford Road area for anyone still without water or low pressure.