A man missing telling his children bedtime stories is just one of the many thousands of examples of angry commuters affected by the Southern Rail strike.

Jim Boyden, a management consultant, from Shoreham, is just one of 300,000 of Southern's passengers who's spoken of his frustration at the walk-out. 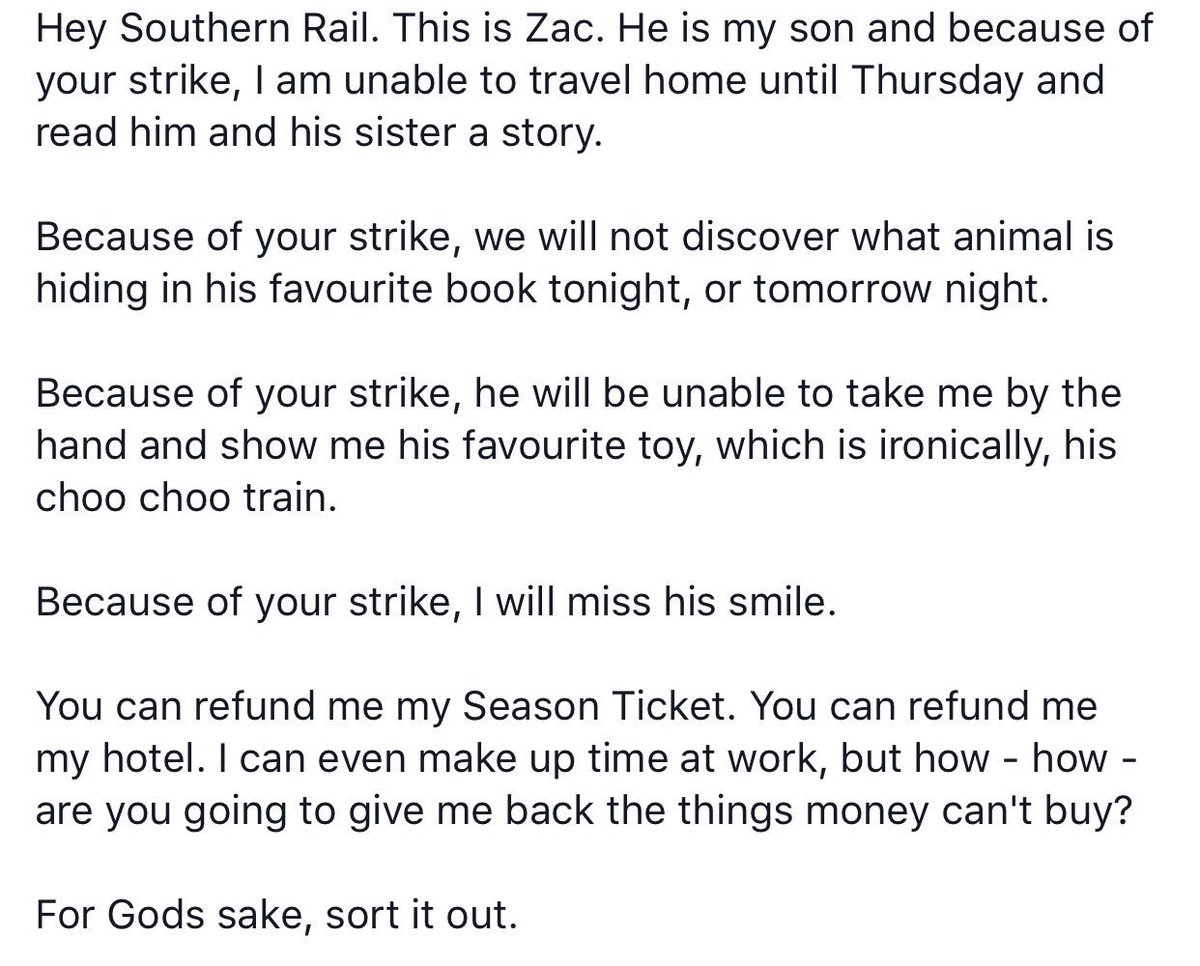 He spoke to ITV News from London where he is stranded, staying in a hotel as he is unable to travel home.

Meanwhile, a student from Sussex, told ITV News she was unable to attend a seminar at St George's University in London.

Catriona Mason said the strike had taken her to breaking point.

But this is not the only day, it's everyday on Southern. Strike or no strike. On other days, at my expense, I drive to Gatwick at dawn to get to uni at 9am. Coming home it can take me 3.5 to 4 hours under horrendous conditions.