For the second election running, Canterbury has produced one of the most extraordinary results.

In 2017, Labour's victory was the shock of the election when Rosie Duffield overturned a big Tory majority to become the city's first ever Labour MP. It was a win which became totemic of an election in which Labour did much better than expected.

Tonight the exit poll suggested the Tories would win it back easily. It was the second-most marginal seat in the Meridian region, with a majority of just 187. But Labour have held it.

It's a tribute to the enormous effort Labour put into the campaign in Canterbury with the help of thousands of activists from across the country. But it is also a personal triumph for Rosie Duffield. 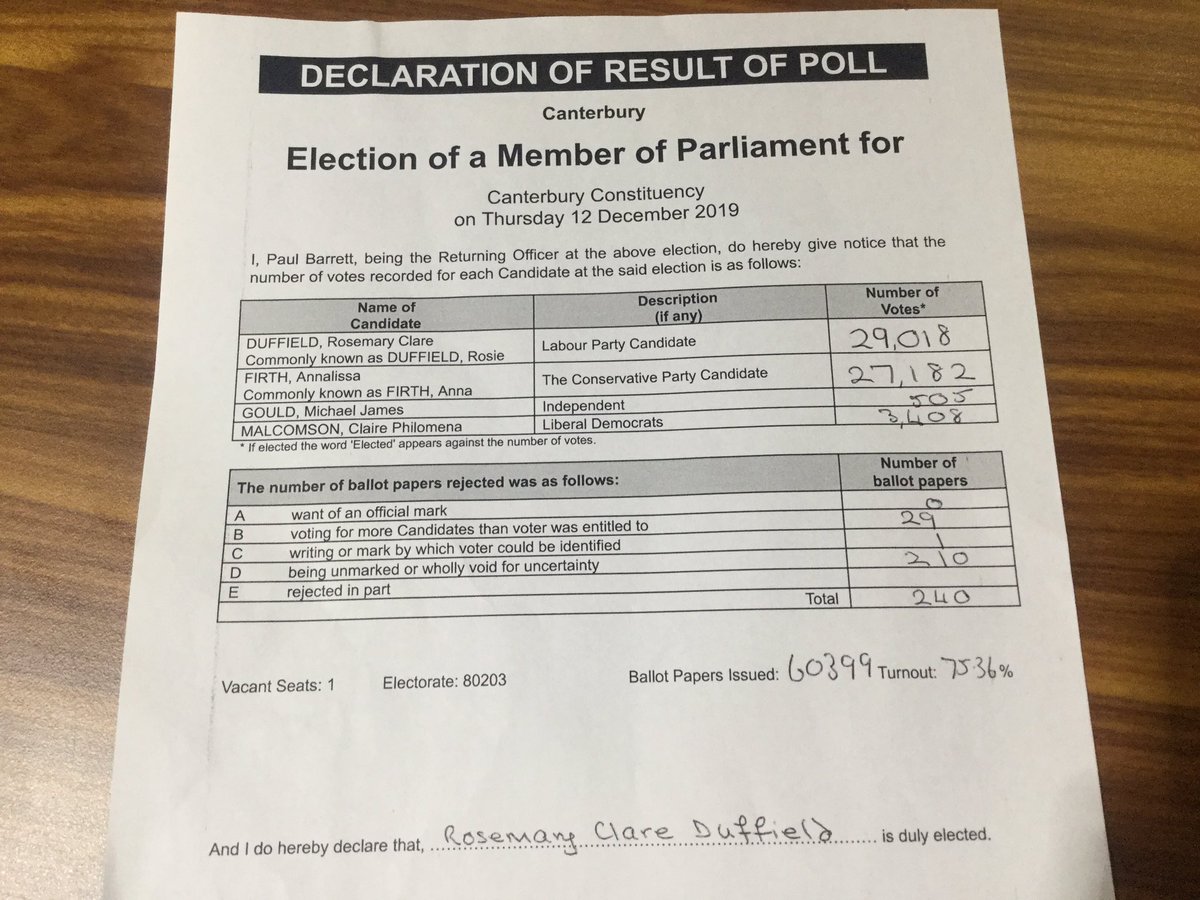 No-one was more surprised by her 2017 victory than she was. But she has impressed people in Canterbury and Westminster as a hard-working MP.

She also made one of the most memorable speeches of the last Parliament when she described her own experience of domestic abuse.

Her victory tonight is one very rare piece of good news for Labour.

Duffield says she does not see a way for Jeremy Corbyn to continue as party leader. Asked if there was a way forward for Mr Corbyn, Ms Duffield told the PA news agency: "I doubt it. I think if you lose two elections in a row like this you've got to question what direction you are going in."

Ms Duffield said that was a "quick reaction" and the party has work to do to analyse the results of the evening. She added that it was "way too early" to be asked who she would tip to be the next party leader.