Barack Obama swapped "banter" with three young Wiltshire boys during his sightseeing trip to Stonehenge, their mother has said.

Janice Raffle rushed to the famous monument with her husband and sons after hearing that the leader of the free world was paying a surprise visit.

The family, who live nearby, shook hands with the US president and chatted to him over a barbed wire fence as he toured the ancient site in Wiltshire yesterday.

Mr Obama had taken advantage of his attendance at the Nato summit in Wales to visit the historic site.

Her husband, James Raffle, said the chance encounter had been "incredible".

Seeing Stonehenge had been on the president's "bucket list" of things to do and he stunned onlookers when he squeezed in the visit after the final day of the Nato summit in south Wales.

Angus Raffle, 8, says his surprise meeting with the President at Stonehenge was "awesome". His mother says she "squealed like a teenager".

President Obama walked around the famous standing stones for about 20 minutes. "How cool is this !" he said. Asked if this was a place he had always wanted to visit, he answered, all smiles : "Knocked it off the bucket list!" "It's spectacular, it's spectacular. It's a special place" he told reporters, walking back from the site which is on the UNESCO's list of World Heritage Sites. 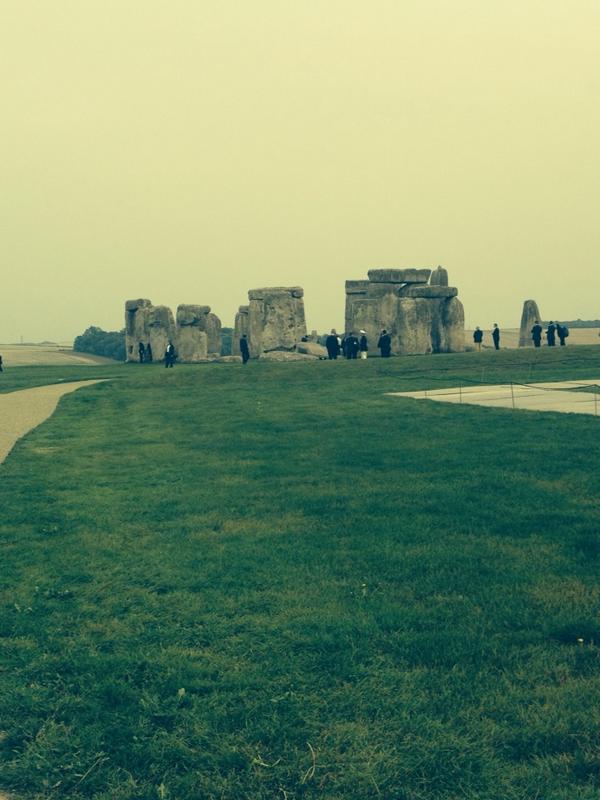 Not a bad end to the trip. Obama making surprise stop at Stonehenge http://t.co/WNKMx0SFIT 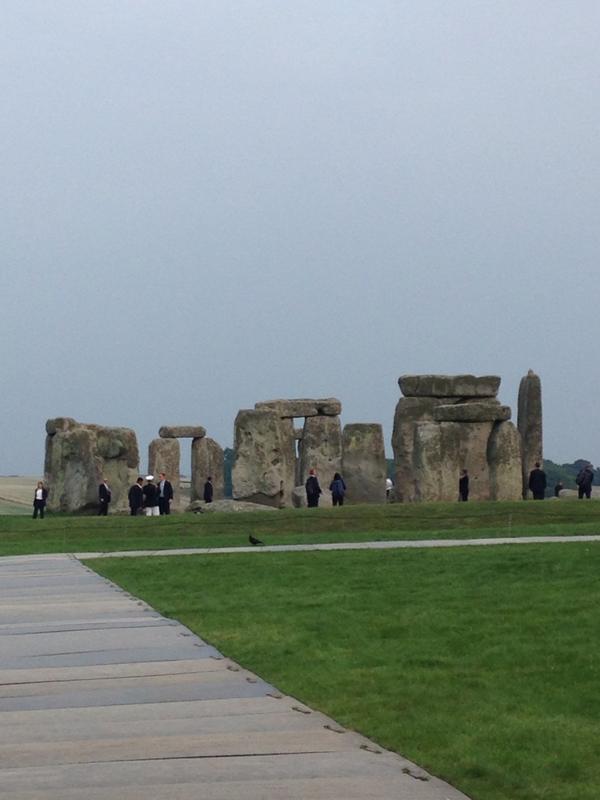 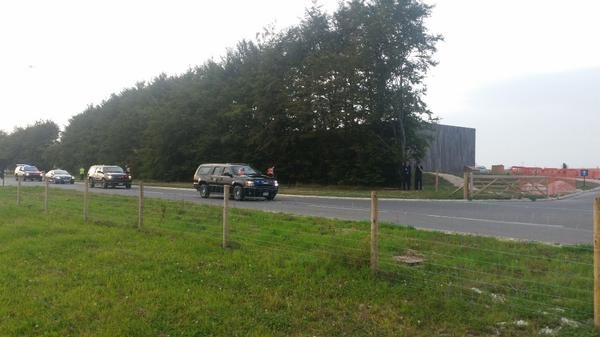 RT @steveholland1: Pres Obama is now at Stonehenge after leaving the NATO summit

Pres Obama is now at Stonehenge after leaving the NATO summit

Obama's Marine One helo stopped at a British airbase and then he took motorcade ride to Stonehenge for a tour.

English Heritage "can't confirm" that President Obama is at Stonehenge but I'm told to expect more info. That'd be a yes then. #NATO

NEWS: It's understood Barack Obama has visited Stonehenge this evening after #NATOSummitWales

President Obama nearing Salisbury's Stonehenge. Everyone is talking about Salisbury's allure - its the place to live. #housebuying

Great to hear that @barackobama is in the region. He's been to #Stonehenge today. Where else should he visit? http://t.co/S2racSjvYp