People living near the Medway City Estate in Rochester have been warned to keep their doors and windows closed following a fire there earlier this evening. Andrea Thomas has been talking to Stuart Albon from Kent Fire & Rescue Service about the incident about how they've been coping with it.

A man has been taken to hospital suffering from the effects of smoke inhalation following the fire at Medway City Estate in Strood. The fire broke out at the Viridor recycling plant at about 6 o'clock this evening. Fire officers say the building was empty, but a man appeared later. They think he was a member of staff who had been trying to tackle the fire. The fire is now under control and has been confined to one building. Plumes of thick black smoke from the fire could be sen as far away as East London, but the fire service said tonight, the fumes weren't toxic. Most of the material in the plant was cardboard for recycling. Residents living nearby were, however, advised to keep their windows and doors open.

The fire in #Rochester #Kent as seen from Canvey Island, Essex http://t.co/nakn6GqGCU 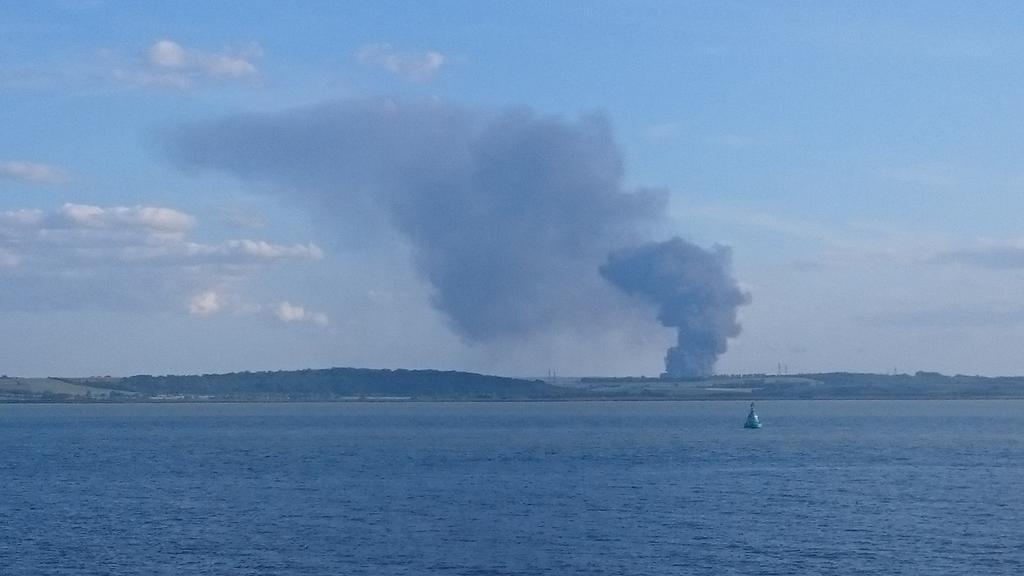 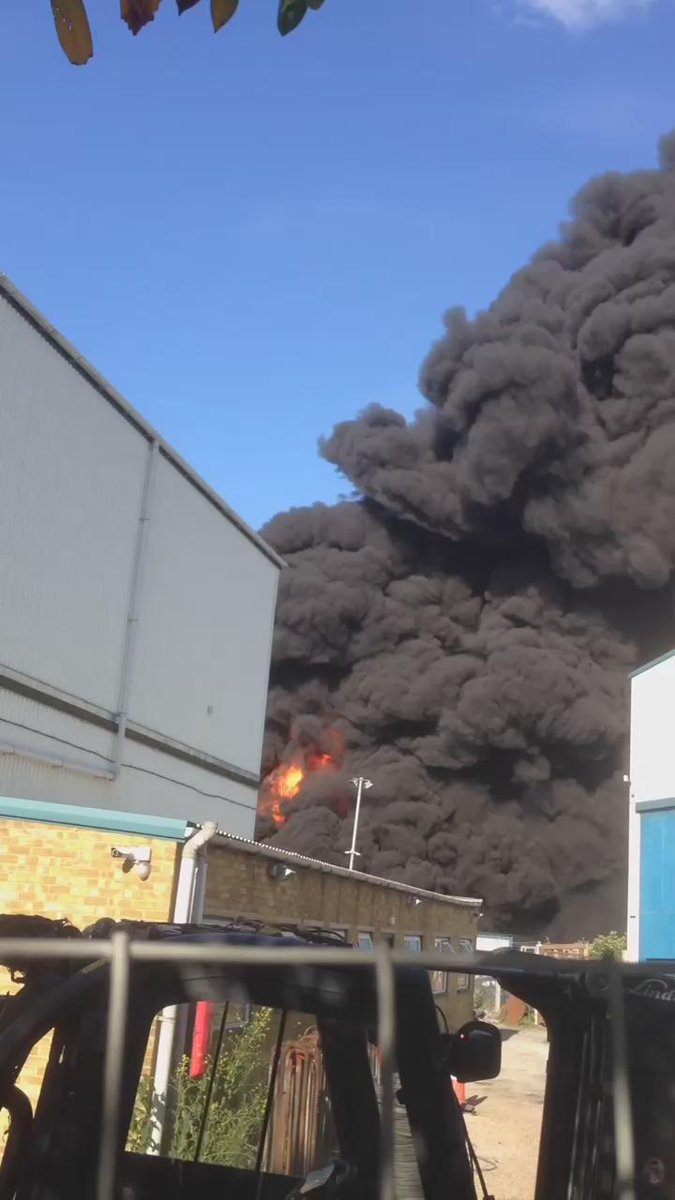 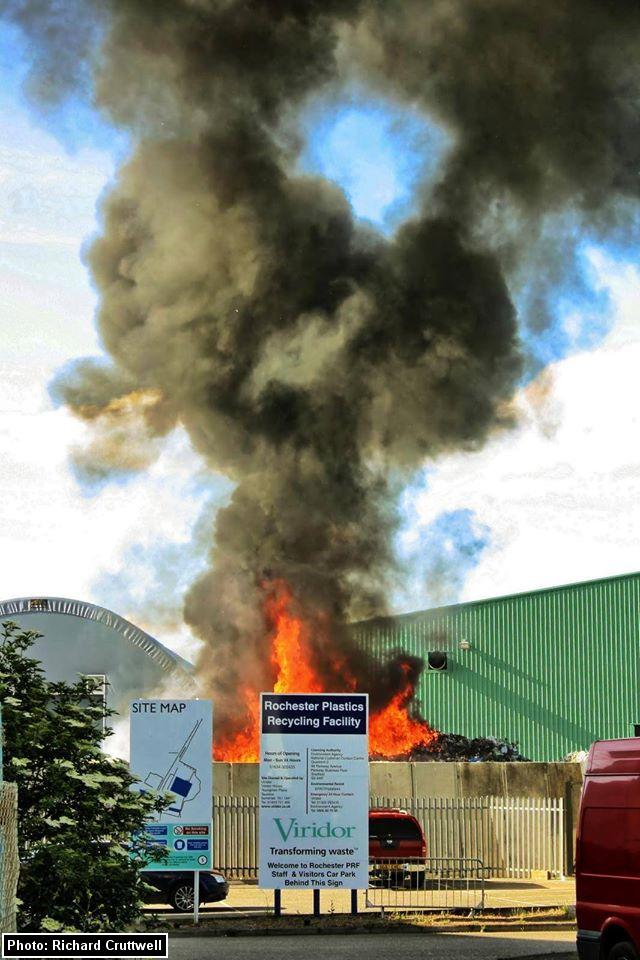 We've added some video of the fire which can be seen across #Medway http://t.co/FiYfHWw7Eo http://t.co/1qoLa1NN2y 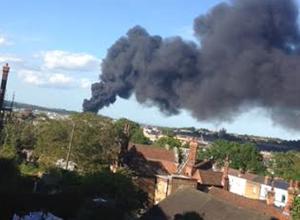 INCIDENT: Kent Fire & Rescue is aware and dealing with a large fire at Medway City Estate - Please do not call to report it. More to follow

UPDATE: Residents living near the Medway City Inustrial estate are being asked to keep windows & doors closed as a precaution due to a fire

UPDATE: 3/3 The fire is being brought under control & it is expected that the smoke will be significantly reduced within the next hour.