At least 13 Brits have been killed or injured in the terror attack in Tunisia, hospital sources have told ITV News.

One of Tunisia's top security officials has said the gunman shot dead by security forces after killing at least 27 at a beach resort was not known to authorities.

Rafik Chelli told Mosaique FM the man, believed to be a student, came from the beach hiding his Kalashnikov under an umbrella before opening fire on the tourists.

From there he entered the Hotel Imperial through the pool, shooting people as he went.

Chelli said there were many foreigners among the victims but he did not have an exact count of the nationalities.

He said authorities had a plan to protect the hotels during the month of Ramadan but this was an isolated operation that is difficult to counter against and there is never zero risk.

A British tourist caught in the attack on a Tunisian hotel has told ITV News, "My heart was racing".

Describing the scene at the El Mouradi Palm Marina hotel in Sousse, Gary Pine said, "People started to run quite quickly to get off the beach and what sounded like firecrackers."

"We could hear then the bullets whizzing through the air ... There was mass confusion on the beach, we didn't know whether to stay or run, or where to run," he continued.

"Most of the guests are huddled in the reception now waiting for some kind of interaction for someone".

A man who works in Reading has been caught up in an attack on a hotel in Tunisia.

Gary Pine works as a Product Manager and has been tweeting about a state of panic at the El Mouradi Palm Marina hotel in Sousse. 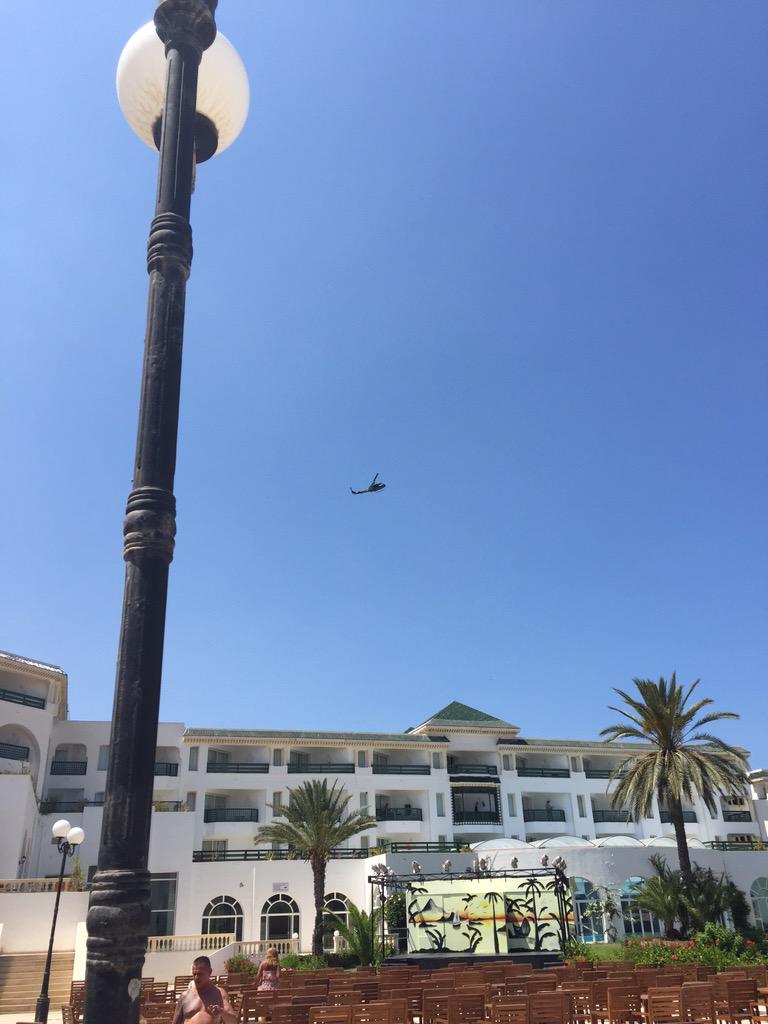 At least 27 people have been killed in an attack by a gunman.