Tim Peake's historic spacewalk outside the International Space Station had to be cut short for safety reasons.

Former Army Major Peake became the first official UK astronaut to go on a spacewalk and was due to fix a broken solar shunt, which transfers electricity generated by solar panels.

The mission was ended after four of the scheduled six hours because fellow astronaut Tim Kopra reported seeing a water bubble in his helmet.

The walk was still a major landmark for British space exploration and was watched live from Tim's primary school in Emsworth, Hampshire.

Pictures from the International Space Station are courtesy of NASA.

History was made today - as Sussex army major, Tim Peake, became the first official British astronaut - to walk in space where he fixed a power unit, outside the International Space Station. His space mission was expected to last six and a half hours but was terminated early because of problems with the helmet of his fellow spacewalker, Tim Kopra. But for schoolchildren across the South East the spacewalk provided a 'live' science lesson that was, out of this world. Wellesley House School at Broadstairs in Kent was one school where pupils were watching with great interest. Andrea Thomas has been speaking to some of them, along with teacher Kerry Sabin-Dawson.

Major Peake undertook his first space walk when he ventured out of the International Space Station (ISS) to help repair a broken power unit.

Major Tim Peake created history when he became the first official British astronaut to carry out a spacewalk.

Major Tim Peake has said becoming the first British astronaut to walk in space was "exhilarating" and "quite an incredible feeling".

Preparations at the space station. Major Peake will undertake his first space walk when he ventures out to help repair a broken power unit.

Popping outside for a walk tomorrow. Exhilarated - but no time to dwell on emotions. #spacewalk #Principia #blog https://t.co/N0hHr4bQZL

Lightning in a 2-second exposure as we flew over South Africa. Every day I see new and amazing things up here! https://t.co/OgykRueXVb 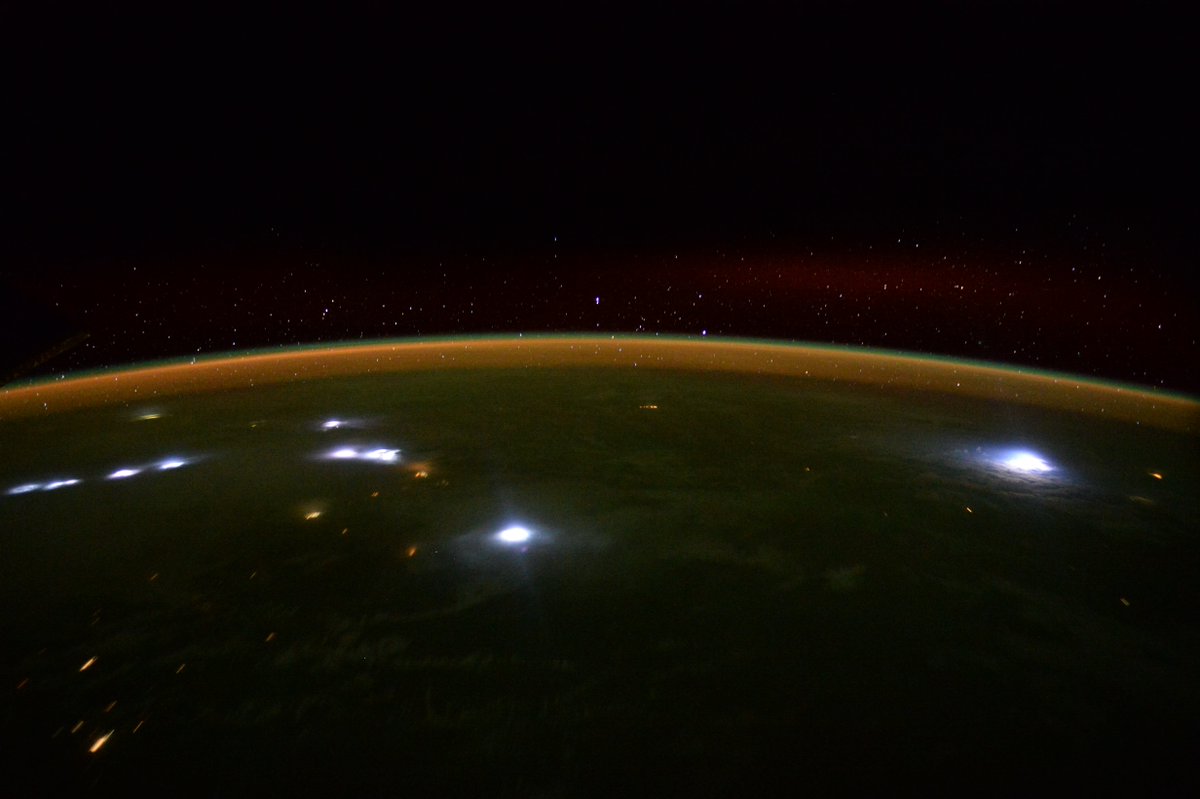