The funeral is taking place today of five friends who died during a day trip to Camber Sands.

RNLI lifeguards are on duty for the first time at Camber Sands in East Sussex this weekend following the tragedy that claimed the lives of five young men. They were on a day out from London when it's believed they were caught out by the rapidly rising tide.

Lifeguards from the RNLI have started beach patrols at Camber Sands after five men died earlier in the week.

RNLI confirm they will provide lifeguard cover for the rest of next week at #CamberSands https://t.co/RdVIgSuJ0S 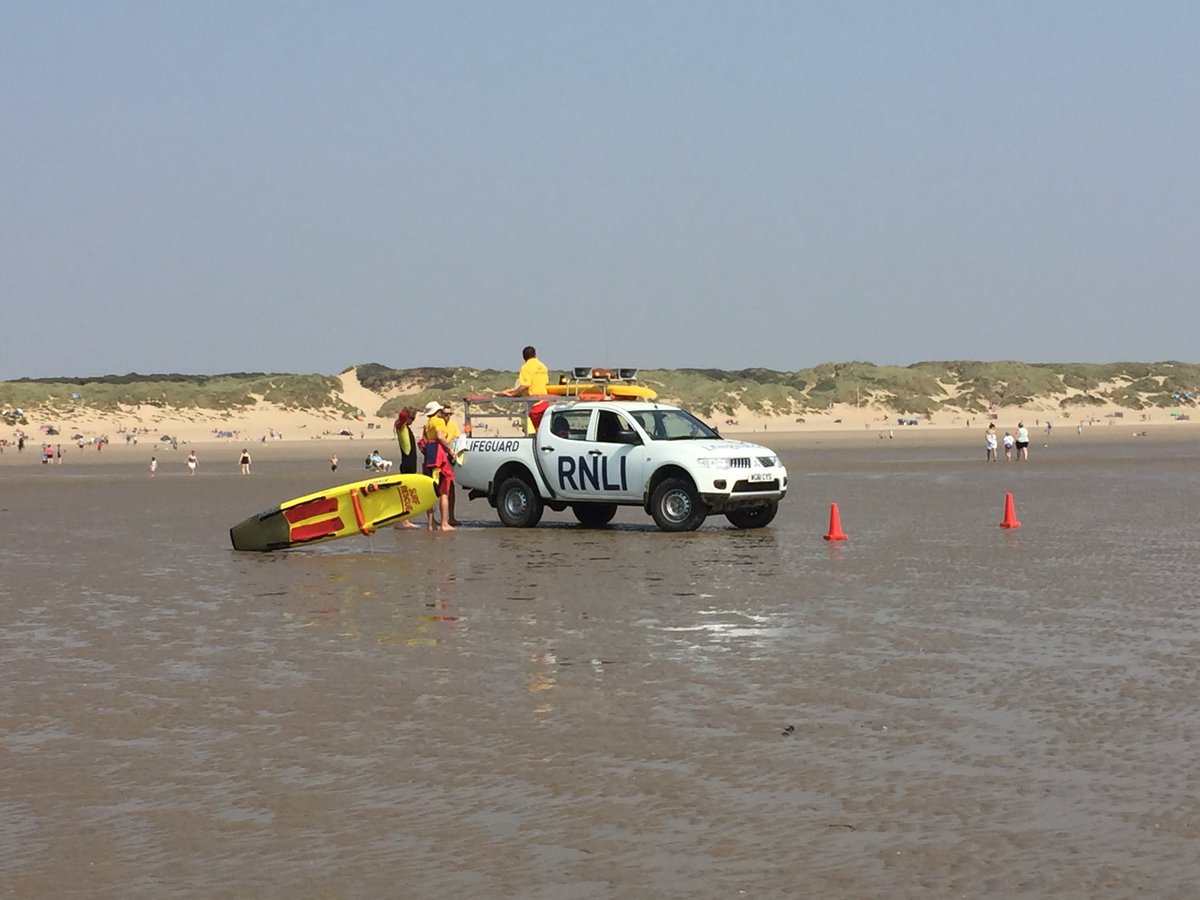 It's taken six deaths in four weeks - but this weekend Camber Sands WILL be patrolled by lifeguards.

The RNLI has announced that up to six people will be on duty - along the seven miles of beach over the next three days. It is, however, only a temporary measure.

The announcement was made as Sussex Police confirmed the identities of five men who died in the sea off Camber on Wednesday - all friends on a day trip to the beach on the hottest day of the summer.

The father of two brothers who were killed said he's convinced they'd still be alive if a lifeguard had been on patrol.

The precise circumstances surrounding the deaths of the five men in Camber are still uncertain. But one thing is for sure - rip currents around our coastal resorts are a serious danger.

They account for 60 per cent of all RNLI incidents - and are a major cause of drowning. So with the hot weather drawing thousands of us to our beaches, how do you stay safe in the water?

We sent Richard Slee to West Wittering in Sussex to see how lifeguards there are keeping swimmers safe.

The five men who died at Camber Sands have now been named.

The men all travelled together to Camber for the day on Wednesday where they sadly died.

Their deaths have now been passed to the corone

The families of the five men who drowned at Camber Sands on Wednesday (24 August) have criticised the lack of safety measures at the Sussex beach.

The victims, 22-year-old Nitharsan Ravi, 19 year-old Kobi Nathan and his brother 22 year-old Kenigan Nathan, 27 year-old Kurushanth Anna and 23 year-old Inthushan Sri, had all travelled together from their homes in Greater London.

Satthiyanathan Arumukam, 51, the father of brothers Ken, 19, and Kobi, 21 says his sons - who can't swim - would have had a better chance of survival if there had been lifeguards at the beach.

Meanwhile, relatives of Nitharsan Ravi say there should have been better protection at the beach, considering a Brazilian man had drowned at the same stretch last month. His sister has questioned why the beach has only been blocked off now rather than after the fatal incident last month.

Mr Ravi's brother Ajirthan, 19, said that two of the men had initially become trapped under the water after getting stuck in 'slippery mud' and sand. The three other men entered the water to try and save their friends but the attempts. According to Ajirthan Ravi, Nitharsan and Kobi still had heartbeats after being pulled from the water but died while first aid was being administered.

Five men who died in the water off Camber Sands were friends who had arrived to spend the day at the beach together, ITV News understands.

Four of the five men who drowned at Camber Sands beach have been identified.

The victims have been named as Nitharsan Ravi, Inthushan Sri, and Kobi and Ken Nathan. Their identities were confirmed by the brother of Nitharsan Ravi.

The group of men in their late teens and early twenties were of Sri Lankan origin, living in Greater London and came to the Sussex beach together.

It is still unclear what caused the men to get into difficulty in the sea at Camber Sands yesterday afternoon, which was packed with other beachgoers.

The area is known to have occasional rip currents - a narrow stream of water moving swiftly away from the shore and into the sea. Rip currents are powerful, fast flowing bodies of water that can drag even experienced swimmers into deep water and account for 60% of RNLI call-outs across the country.

Below is a video explaining how rip currents work:

There has been no confirmation that rip currents are responsible for the men's deaths but beachgoers are being warned to make sure they know about all the dangers of swimming in the sea ahead of the bank holiday weekend.