Convoys of lorries and tractors blockaded the motorway leading to Calais today - the start of a tough new campaign by hauliers and farmers demanding the closure of the massive migrant camp known as The Jungle. John Ryall reports.

Lorry drivers and farmers in Calais have staged a demonstration as part of a protest against the "Jungle" migrant camp. British cross-Channel travellers have been warned they face disruption during a campaign to have the northern section of the camp demolished.

A 5mph rolling roadblock has been set up by hauliers and farmers on the A16 motorway, the main route to Calais Port and the Channel Tunnel. 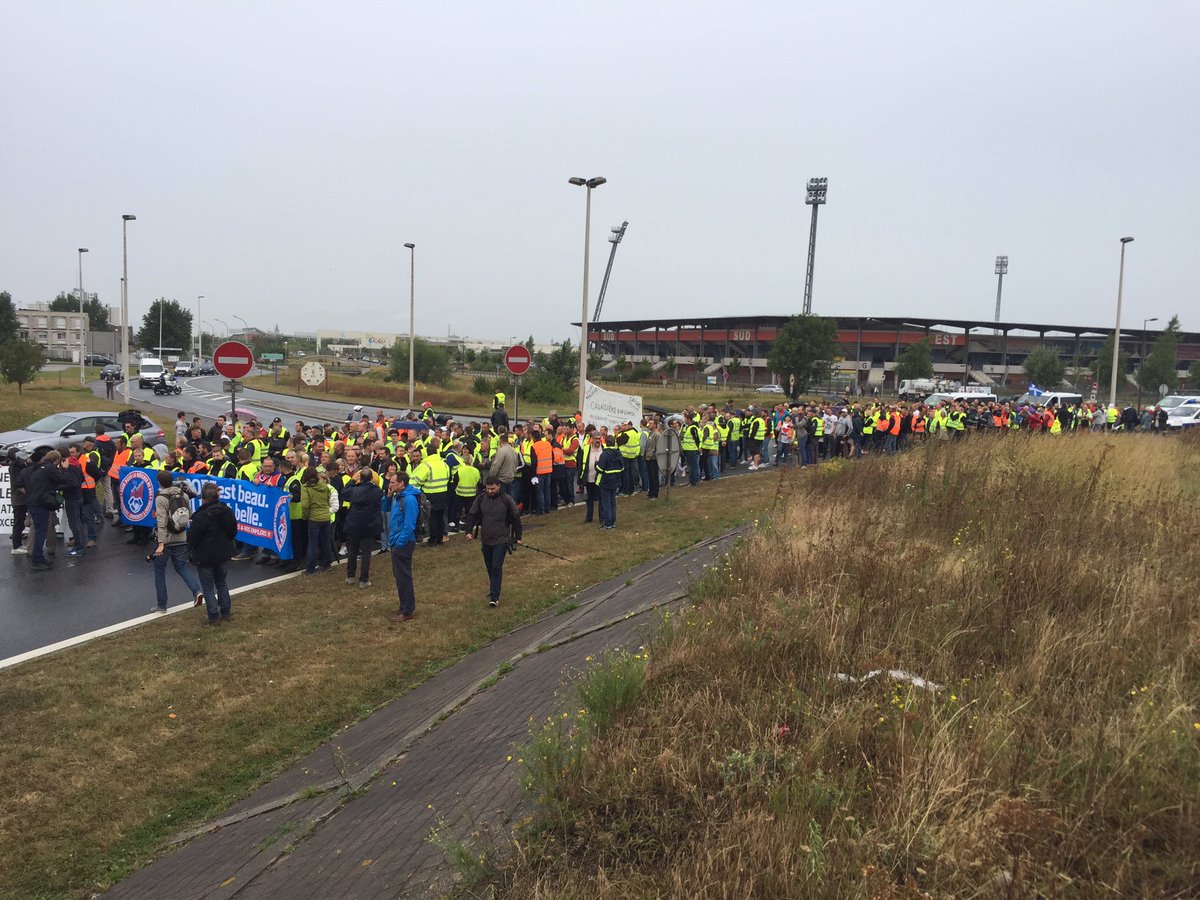 A blockade of lorries and tractors held up traffic on the roads around Calais with a "go slow" protest against the "Jungle" migrant camp.

A convoy of trucks and tractors set off from Dunkirk to the north, while another made its way from Boulogne to the south at 7.30am local time on the A16, which runs along the edge of the town.

They are set to converge near the entrance to the Channel Tunnel and ferry terminals.

No traffic was being allowed to pass the blockade and police were stationed at the junctions, apparently to stop vehicles joining the motorway.

Hundreds of protesters also marched on foot along the road leading directly to the port.