A collision involving a lorry and three cars on the eastbound carriageway of the M27 at junction 9, Whiteley, has closed the M27 motorway.

The Highways Agency says the road will be closed until at least 4pm.

Eye-witnesses say a fierce fire followed the crash with the emergency services now trying to put the flames out.

Drivers caught in the jams have been posting pictures on social media and they show thick smoke over the carriageway.

M27 closed East bound due to a accident. Car in front of lorry on fire http://t.co/vSJB5SS846

Standstill on m27. Bad accident. Photos not my own. We're sat further back. http://t.co/zq2nqIG8XZ 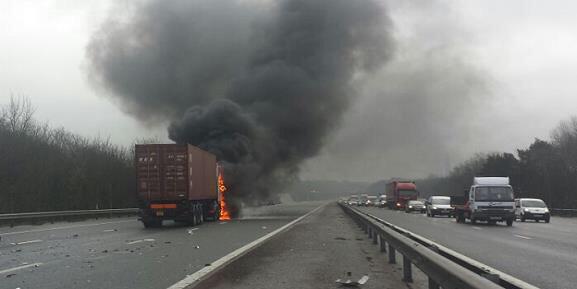