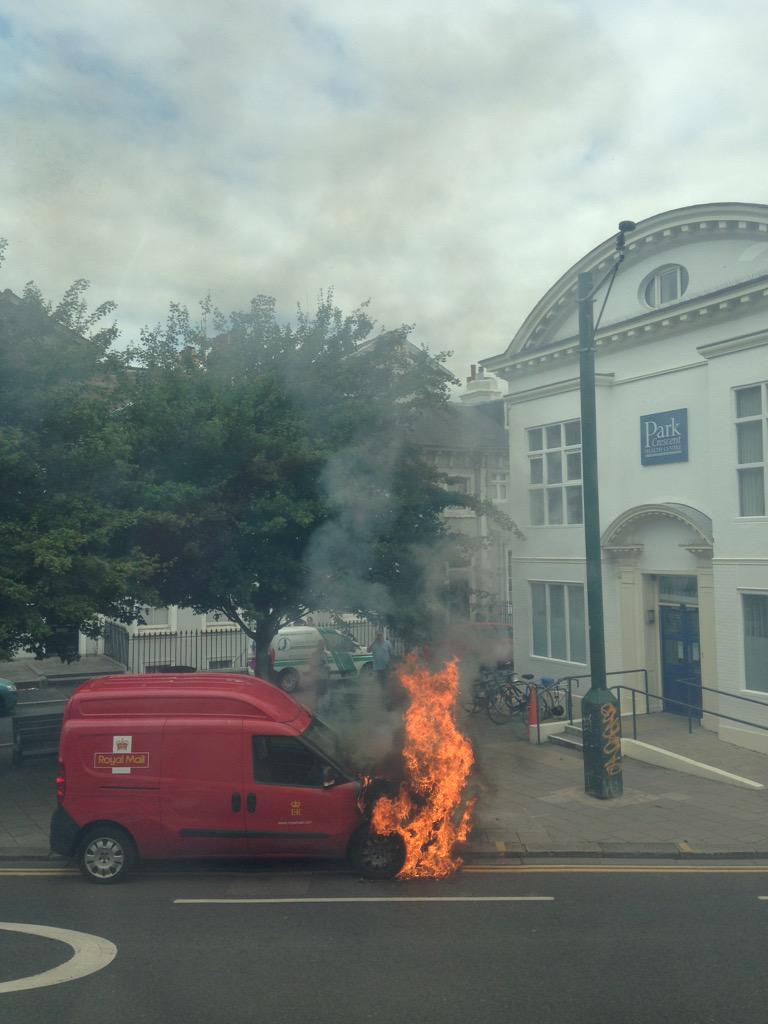 A Royal Mail van was destroyed when it burst into flames in Brighton.

Royal Mail spokeswoman Sally Hopkins said: "We can confirm that a fire broke out in the engine of one of our vehicles on Lewes Road in Brighton this morning around midday as the driver was out collecting mail from customers.

"Fortunately, the driver was not hurt, and no mail inside the van was damaged.

"The mail was recovered from the van and returned to our office for processing as usual."

The cause of the fire, which happened yesterday, is believed to be accidental.