Firefighters are tackling a blaze at a shipyard in Rochester after a large explosion which was felt for miles around.

There are no reports of any injuries in the incident, which happened at nine o'clock this morning in a repair workshop at Acorn Shipyard.

ROCHESTER update: KFRS has warned people to keep windows/doors closed and stay away from a fire due to “hazards”. https://t.co/TmEWStYZzM 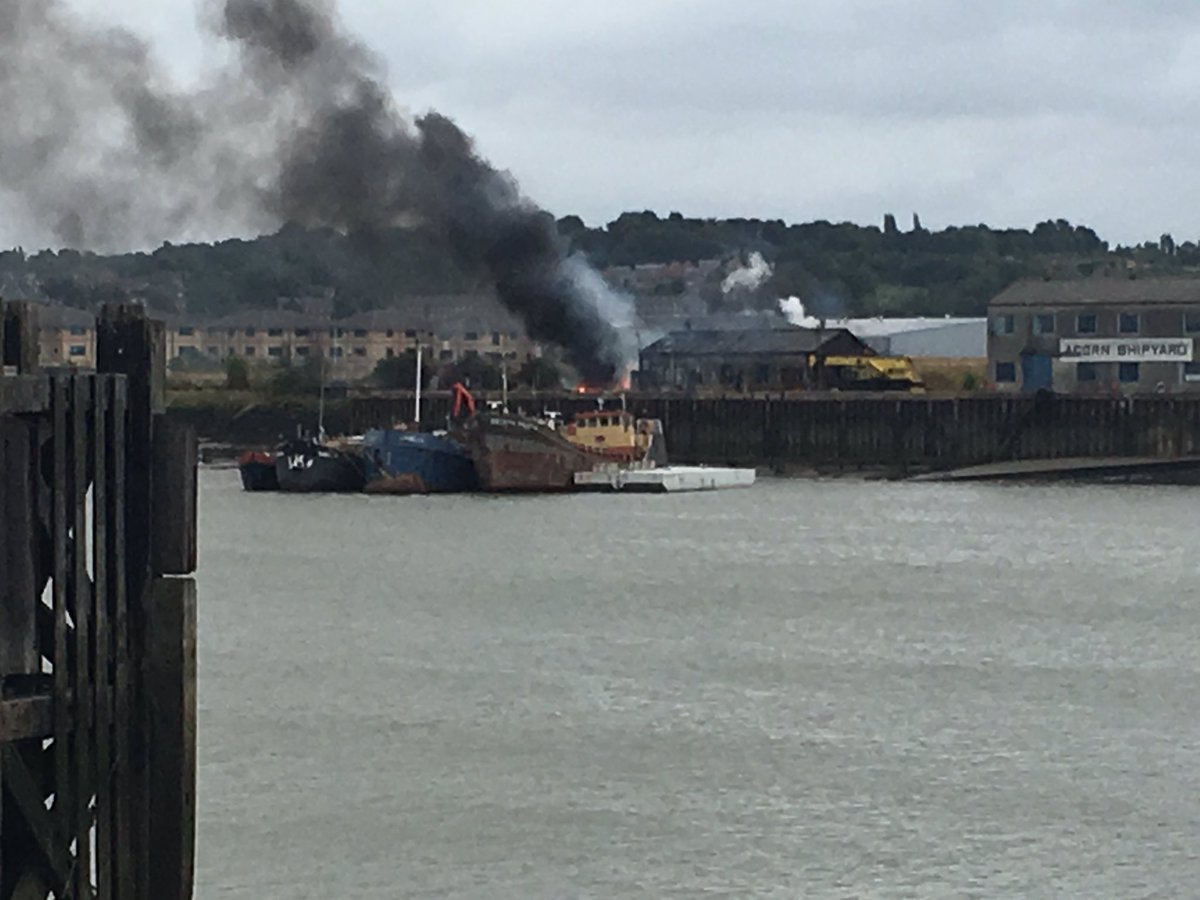 Thick plumes of smoke were seen billowing from a building at the corner of Gas House Road and Acorn Wharf Road.

Kent Fire and Rescue Service is asking nearby residents who may be affected by the smoke plume to keep windows closed and stay indoors as a precaution.

Members of he public are also being urged not to approach the area, due to the hazards involved.

Police are sectioning off the area while the blaze is brought under control.