Sam Bailey and Nicholas McDonald will tonight battle it out to be crowned this year's X Factor winner.

My last journey to #xfactor ! About to rehearse with Sir Elton ! What a way to go !!!!

X Factor favourite Sam Bailey has revealed that she auditioned for the show in 2007 and claims she "probably would have won it" if she had told a "sob story".

Speaking to the Daily Star Sunday ahead of tonight's final, the former prison office attacked the show's audition process, telling the paper: “I know so many people singing in pubs and clubs now who can p*ss over half the people who have been on this show – it really gets my back up.”

“I didn’t have a lot of belief in the show many moons ago because, for me, the people I thought were relatively good never made it,” she went on. “I auditioned in 2007 when my dad had about a month to live. I didn’t mention it because I didn’t want it to be about my dad dying.

“I sang in a little room for about 30 seconds and got told to go home and come back next year. I never did it again because I had lost all belief in the programme. I bet if I had mentioned back then that my dad was poorly I probably would have got through – I would have been in the final.

“I probably would have won it. That’s how I perceived it to be."

Luke Friend's duet with Ellie Goulding could not keep him in the X-Factor contest.

The pair performed the singer's hit Anything Could Happen."He's such an amazing, cool, lovely person," Goulding said afterwards.

The 17-year-old is through to the last leg of tonight's grand final.

Sam Bailey was joined on the X-Factor stage by Nicole Scherzinger last night as they performed And I Am Telling You from the musical Dreamgirls.

The performance won her a standing ovation from the remaining judges.

Bailey said: "This is the highlight of the night for me."

Bailey, 36, is through to tonight's final and will compete with 17-year-old Nicholas McDonald to be crowned this year's winner.

Sam Bailey and Nicholas McDonald survived the first half of the X-Factor finals and will go head-to-head for the winning title in tonight's show, with Bailey admitting this was her last shot at the big time.

The 26-year-old former prison warder broke down in tears as she was told she through to the final.

"I'm just so overwhelmed by the support," she said. "This has been last chance saloon for me for the whole process. It's been 20 years. It's been a long time coming and I've finally got here so thank you so much."

McDonald, 17, dropped to his knees after hearing the result."I actually can not believe it," he said. "To think I was just a normal boy from Scotland and now I'm in the X Factor final." 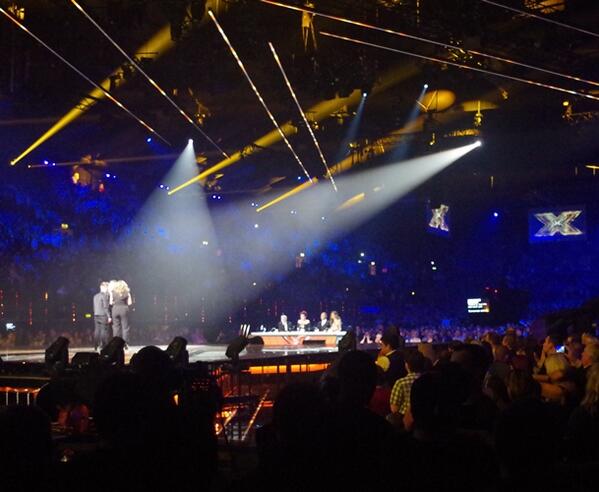 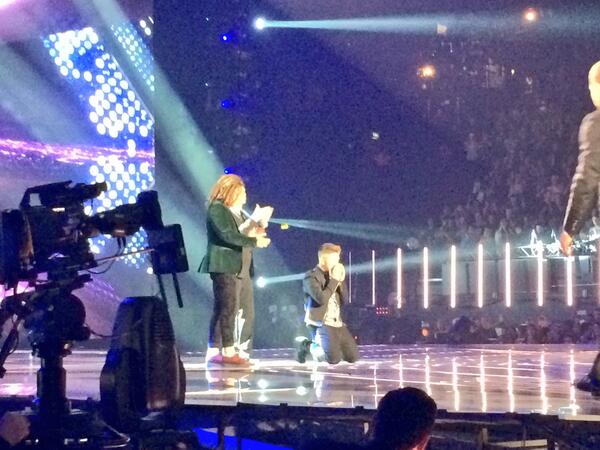 . @lukefriendmusic is our third place winner... WE LOVE YOU LUKE! #xfactor http://t.co/NFq5m7GNWt 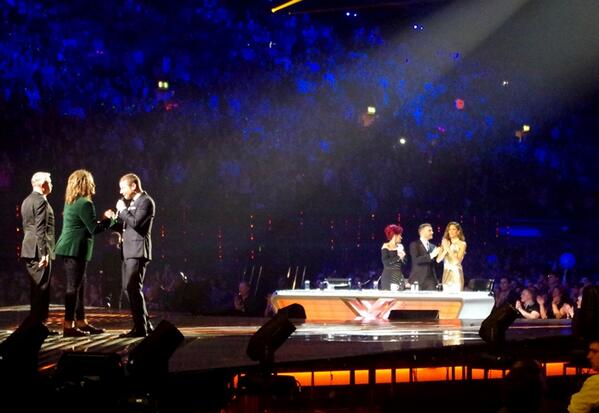 X Factor finalist Sam Bailey will take to the stage alongside global superstar Beyoncé if she beats her rivals to claim the winning spot, it has been announced.

The winner of the show will take a support slot on Beyoncé's Mrs Carter tour in the UK next year.

Sam - a former prison guard from Leicester - must beat fellow finalists Luke Friend and Nicholas McDonald in the conclusion of the TV talent show this weekend to claim the X Factor crown.

The news was broken in a video recorded for the contestants by Beyoncé herself.

Hey, I just wanna say good luck to all The X Factor finalists and announce a very special prize to the winner.

The winner of this year’s X Factor will be joining me on the Mrs Carter tour, coming back to Europe in February.

I can’t wait to see you soon. Good luck!