There's still a year to go before the last British combat troops leave Afghanistan, but the Prime Minister said it will be mission accomplished when they do.

There are lots of people in Westminster who prepared to say the Prime Minister was premature and unwise to use the phrase "mission accomplished".

But we are not talking about George Bush in 2003, on board of a US aircraft carrier when he had that big banner 'mission accomplished' behind him just before things went violently wrong in Iraq.

It was phrase that was put to the Prime Minister in Afghanistan this afternoon, a phrase he agreed with.

But Downing Street say the Prime Minister has been referring to next year, saying "we will have achieved mission accomplished next year by the time our troops pull out."

I think if he could do the interview again, with hindsight, he probably would give the phrase "mission accomplished" a wide berth.

Just landed. Been to visit the troops in Camp Bastion, Afghanistan. One of the most surreal experiences in my life meeting some real heros.

Our plane and the bullet proof glass in our vehicle! #supportourtroops http://t.co/UsXroWsHSW 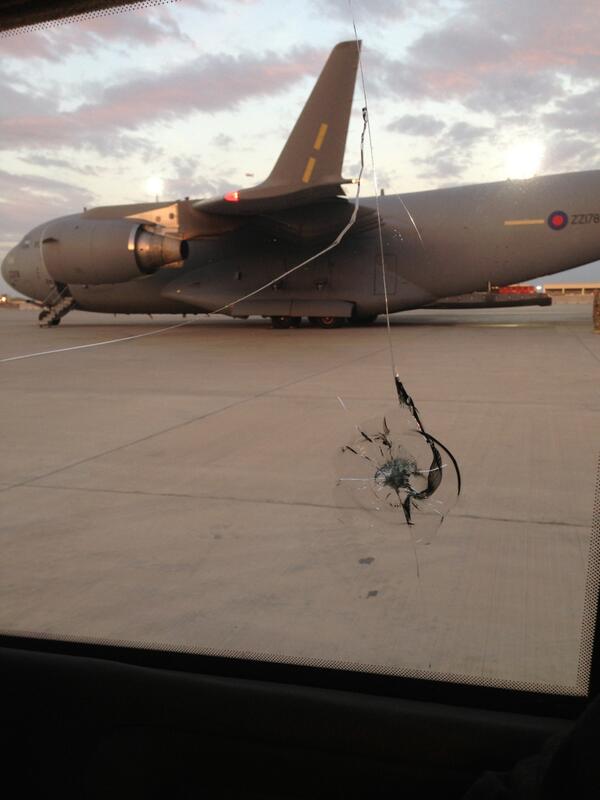 Sleeping in a bunk bed with the Prime Minister was pretty strange too! Great trip and met some amazing people.

In the run-up to Christmas, our brave servicemen and women and their families will be acutely aware that the job is not done in Afghanistan. They will need the continuing support of the British public over the coming weeks and months.

"We can be proud of the contribution that Britain's Armed Forces have made and are making in Afghanistan. But the mission is ongoing and our troops will be on the frontline until well into next year," he said.

We have seen some reports of the PM’s words on today’s trip to Afghanistan which may be misrepresenting what the PM said. When he used the phrase ‘mission accomplished’, he was talking about this happening by the time of the completion of drawdown of troops.

Mr Cameron was asked if the British troops come home with mission accomplished.

He said the purpose of the mission was to "build an Afghanistan, and Afghan security forces, that were capable of maintaining a basic level of security so this country."

While not using the words directly, the statement echoed the 2003 "Mission Accomplished" speech by former US President George W. Bush.

Mr Bush delivered the speech aboard the USS Abraham Lincoln in May 2003, shortly after declaring an end to a major combat operation in Iraq.

While a banner behind President Bush's back declared the mission accomplished, years of bloodshed and violence in Iraq followed. More than 4,000 American troops lost their lives in the conflict.

The White House has later admitted that putting the message on the banner was a mistake.

Prime Minister David Cameron was joined by footballer Michael Owen to see British and Afghan National Army troops during a football session during their visit to Afghanistan.

Mr Owen was in Helmand as part of a new joint initiative between the football associations of the two countries.

I've been in #Afghanistan - where I was joined by @themichaelowen - to say thank you to British troops at Christmas. http://t.co/eDxaMbqnNx 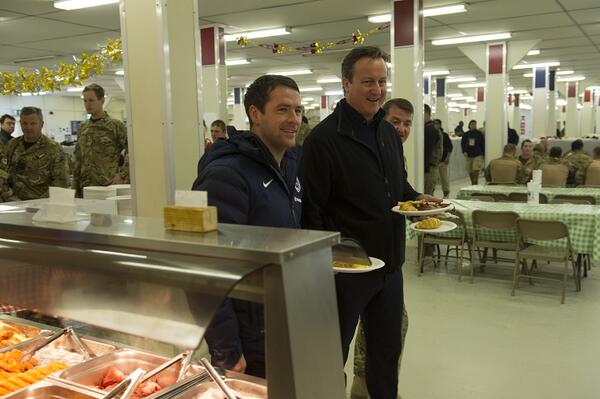 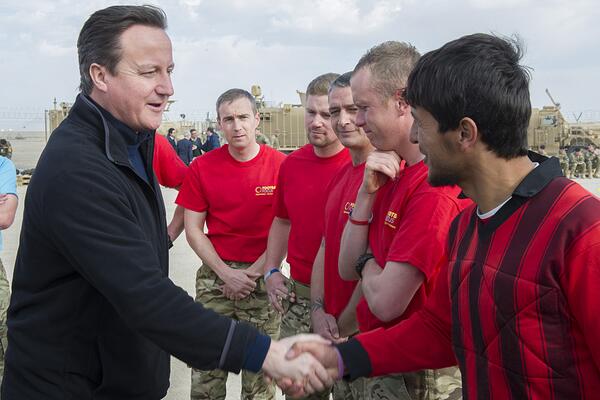 "We often think of sport as just about a competition where you are either a winner or a loser but it also has an amazing power to bring people together and unite communities for the benefit of all involved," Mr Cameron said.

The Afghan national team is hoping to qualify for the 2022 World Cup.

"That is the mission, that was the mission and I think we will have accomplished that mission and so our troops can be very proud of what they have done," Mr Cameron told reporters.

Michael Owen was in Helmand as part of a new joint initiative between the FA in England and Afghanistan to improve links and share skills.

Mr Cameron said the drawn down in Afghanistan was already taking place ahead of the 2014 deadline. He said:

"This is 2013, and as I have said, there will be no troops in a combat role after 2014. We made that promise and we are going to keep that promise."