WICKET 6 for @benstokes38! He finishes off Australia who are bowled out for 326 #Ashes

A temporary KFC outlet - a Green and Gold SkyBox - has been overlooking the Sydney Cricket Ground for the Ashes Test Match.

Here’s a closer pic of the ‘Skybox’. Bet they’ve got a decent view from up there! #Ashes http://t.co/J4OWt8bjg3 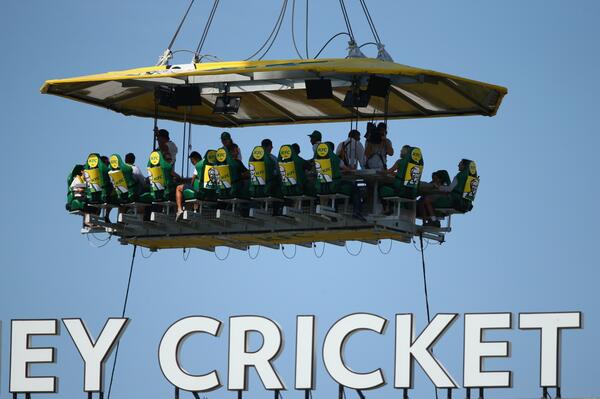 Former England captain Michael Vaughan has posted a tweet as England begins to falter in the final Test against Australia in the Ashes.

Nothing a Captain can do when bowlers badly..... #justsaying

England yet again ran into the resistance of Brad Haddin as Australia recovered from a faltering start to race to a teatime 201 for five on day one of the final Test at the SCG.

It has been a recurring theme of this winter's Ashes mismatch for the hosts to hint at first-innings vulnerability, before Haddin comes to their rescue at number seven.

Australia's veteran wicketkeeper-batsman was right on cue as well, passing 50 for the sixth time - with a full house in each first innings.

England debutant Boyd Rankin is reported to have left the field with a potential injury, according to several sources.

Rankin off the field. Was holding his hamstring. When we have more info we’ll let you know. Borthwick to bowl his 2nd over #Ashes

There might be an injury here to Boyd Rankin. Terrible news for England and the big debutant. #Ashes 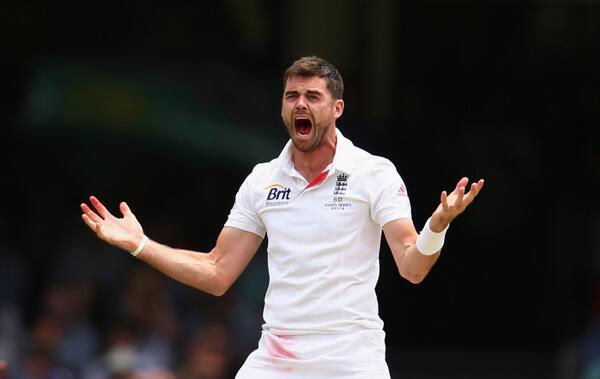 Ben Stokes struck twice before lunch to help give England four wickets to show for their gamble to bowl first under cloud cover in the final Test.

Stuart Broad quickly eliminated the prolific David Warner; then first-change Stokes doubled up with Chris Rogers and Australia captain Michael Clarke, before Shane Watson fell to James Anderson from the final ball of a hectic session in a total of 94 for four.

As England try to somehow avoid a series whitewash at the SCG, they picked three debutants here - for the first time in almost eight years - Gary Ballance, Boyd Rankin and Scott Borthwick respectively coming in for Joe Root, Tim Bresnan and Monty Panesar.