One of the first same-sex couples to be married as soon as the law allowed has said "I do" in front of a packed room of guests shortly after the stroke of midnight.

Peter McGraith and David Cabreza were another couple to take advantage of the new legislation as soon as they possibly could.

The Mayor of Camden Councillor Jonathan Simpson has hailed Britain as a "beacon" for countries worldwide and as an example for equal rights. Mr Simpson added that "tolerance and love will rule".

Human rights campaigner Peter Tatchell attended one of the first same-sex marriages in Britain, hailing the "historic occasion". Peter McGraith and David Cabreza was among the first to get married in Islington.

Mr Tatchell said during the wedding ceremony that "there should be one system for everyone".

Well it's not the reception you get at every wedding here in Islington. Just made history. #equalmarriage http://t.co/iZbUewFV9a 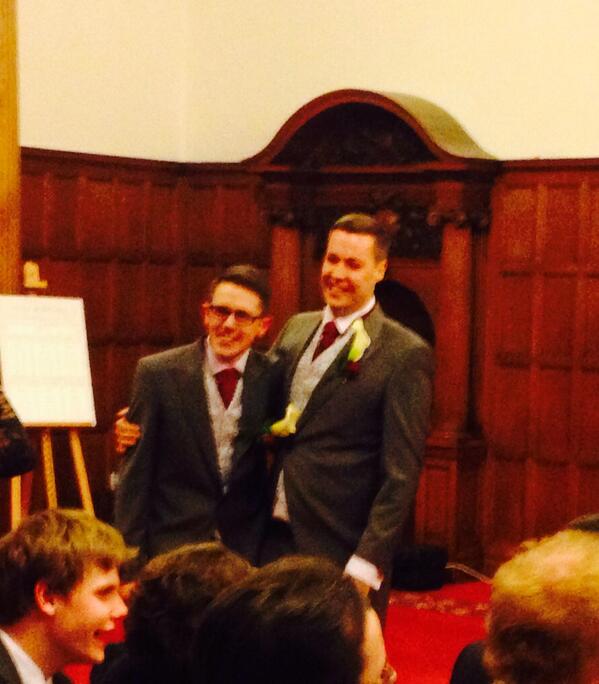 David Cameron has hailed the first same-sex marriages in England and Wales as sending a "powerful message" about equality in Britain.

The law changed at midnight, with a number of gay couples vying to claim the title of being the first to be married in Britain by trying to time it perfectly so their vows were said just seconds after the clock struck 12.

The Prime Minister said the reform was necessary because "when people's love is divided by law, it is that law that needs to change".

Writing in Pink News he said "this weekend is an important moment for our country" because "we will at last have equal marriage in our country".

As gay and lesbian couples across England and Wales say I do, they will be in good company as broadcaster Sandi Toksvig renews her vows with Debbie Toksvig.

The free but ticketed event in the Royal Festival Hall on London's Southbank forms part of the centre's celebrations of the Marriage (Same Sex Couples) Act becoming legal from midnight.

The Radio 4 News Quiz presenter said the event would be a "joyous occasion" and invited the public to share the experience, at which they will joined by their four children.

Toksvig, who had a civil partnership with Debbie in 2007, said: "I look forward to celebrating with old and new friends. It is a public statement of pride in our love and thanks to all those who have campaigned for equality over many years."

MPs and councillors across England and Wales are celebrating the inauguration of the first same-sex marriage ceremonies taking place at midnight today. Yvette Cooper, Emily Thornberry and Terry Stacey attended ceremonies this evening. 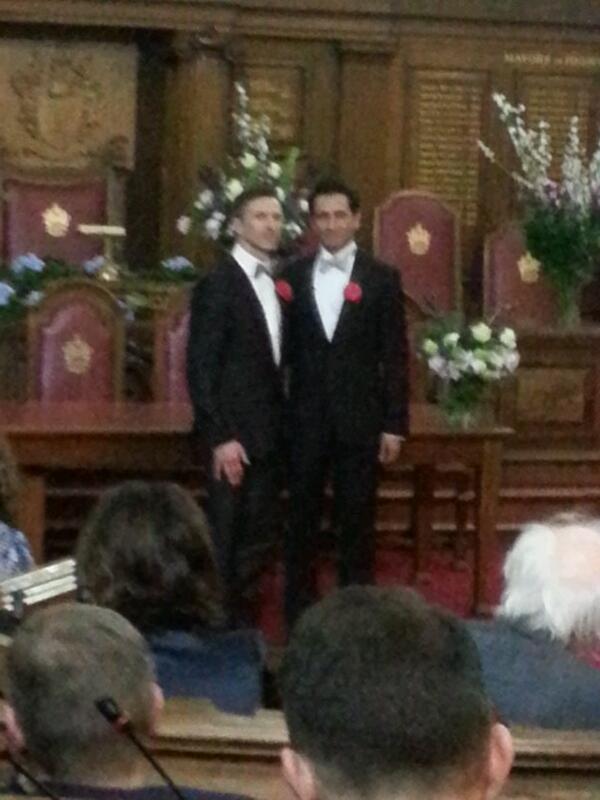 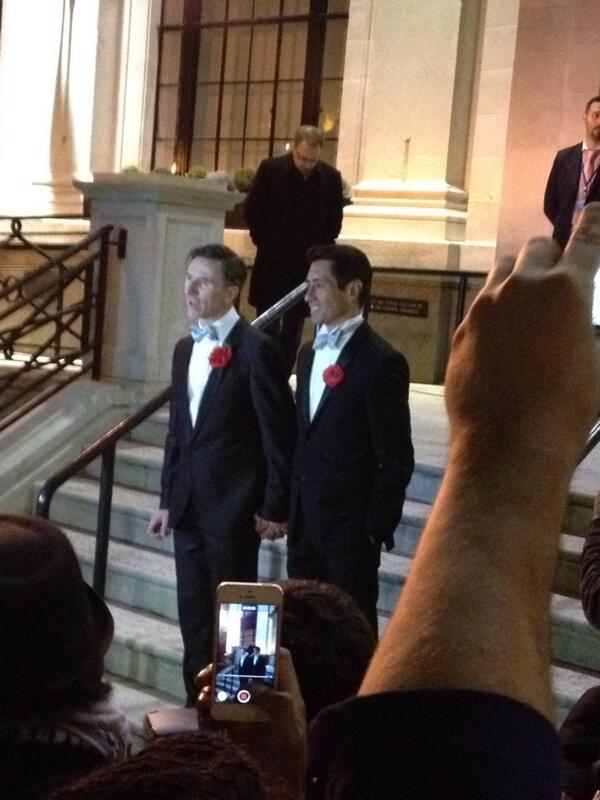 Rainbow flag flying above 70 Whitehall tonight & all weekend to mark the momentous achievement of #EqualMarriage http://t.co/0yFvjB2prd 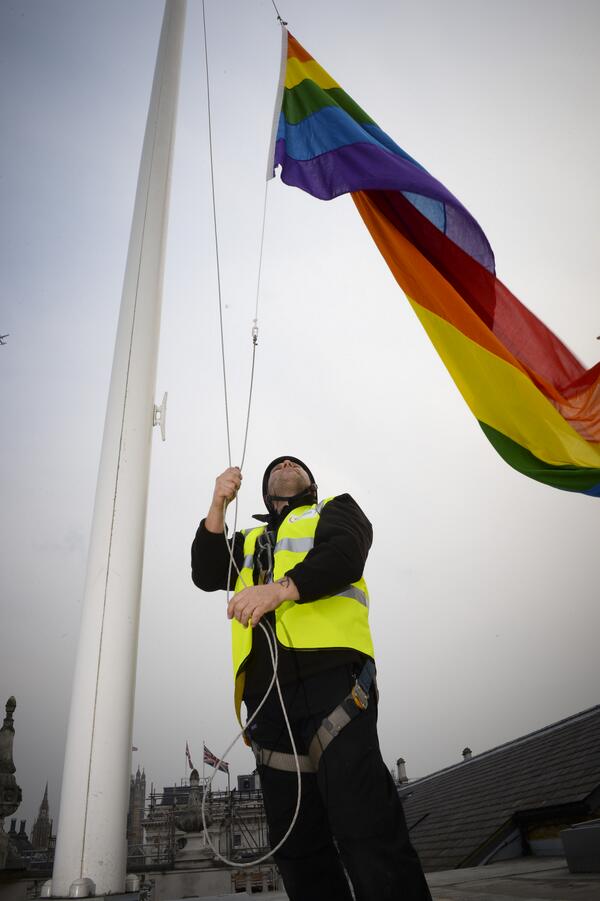 Wishing everyone taking vows from midnight tonight every happiness in the world. A wonderful & historic day for #LGBT rights #equalmarriage

In a message for Pink News, the Labour leader said it was an "incredibly happy time" for same-sex couples as well as "an incredibly proud time for our country".