Pineau De Re beat a number of favourites to victory: find out where your horse placed in the famous race at Aintree.

Leighton Aspell has hailed his Grand National win on Pineau De Ray, saying: "This is what we do it for."

"I've been watching the National since I was a very young boy," said the jockey, who quit the saddle in 2007 before returning.

The 11-year-old horse jumped the final fence in a clear lead and his pursuers never looked like bridging the gap as he galloped all the way to the line to secure a momentous five-length victory.

Aspell said he had "craved" success in the famous race after watching others succeed, adding: "To get a chance to ride in the National is a great thing, and to get on one with a chance is even better."

The British Horseracing Authority has said there are no immediate signs of injuries to either horses or jockeys from today's Grand National, in which Pineau De Re came first.

Pineau De Re came into today's Grand National as a 25-1 shot with bookmakers, but beat more fancied tips Balthazar King (14-1) and Double Seven (10-1) to the finish line in the famous race.

The pre-race favourite, Teaforthree, fell mid-way through the race while a number of other fancied horses also failed.

Pineau De Re, ridden by Leighton Aspell, has won the Grand National 2014 at Aintree.

The mood is buoyant at Aintree today as punters prepare for the Grand National at 4.15pm.

One group of women tell ITV News how they took days to prepare their outfits, while a proud father gives his top tip as he joins his son's stag celebrations.

Sports stars have gone onto Twitter to give their tips for today's Grand National race at Aintree.

Bookies are also looking forward to a booming payday as the nation prepares for the world's most famous steeplechase.

My tip for the National.....Prince De Beauchene ew

Teaforthree and The Package are my picks for the Grand National. If you're having a flutter, @betvictor are paying out on first 6 places!

Is this why the @miketindall13 owned #MonbegDude is going to win the #GrandNational ? Gone each way! Burton Port too. http://t.co/9WAI5hw1GX

Thousands of racing fans will watch and bet on the Grand National today, as an estimated 500 to 600 million people watch the race in over 140 countries, according to Aintree.

@channel4racing I have one very excited little lady who will be calling these two home tomorrow ! #GrandNational http://t.co/dd5XPDXSig 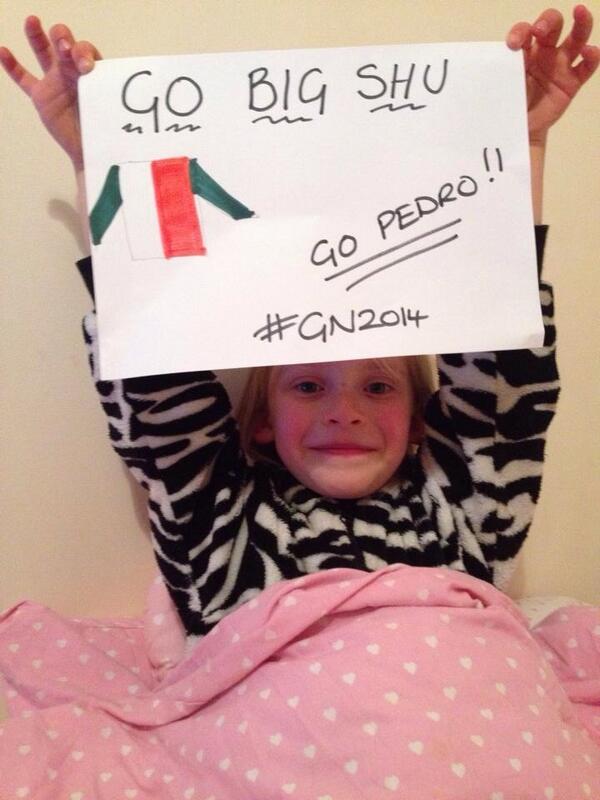 Bookies are looking forward to a booming payday as the nation prepares for the world's most famous steeplechase.

Punters are set to wage as much as £250 million on the 167th Grand National.

This year there's a record prize fund of £1 million.

Teaforthree, which came third last year, is among the favourites, alongside Long Run, Monbeg Dude and Tidal Bay.

William Hill took more than five million bets on the National last year and is expected to accept over £30 million in wagers in 2014.