Humberside police have praised the power of Facebook after five dogs stolen in East Yorkshire have turned up safe and well in Warrington, Cheshire.

In a statement on their website, Humberside police have said that the missing chihuahuas have been positively identified and will be returned to their rightful owners.

"Please pass on our huge thank you to all those who shared this post. Social media is a very powerful tool and we are very grateful for all your support in trying to locate these dogs." The statement also said.

Police in Cheshire believe they may have located five show dogs that were stolen from their home in East Yorkshire last week.

A police spokesman said that a jogger near Warrington found five chihuahuas abandoned down a dirt track and took the dogs home, where a visiting friend told him about a police Facebook appeal for the missing Yorkshire show dogs.

Once identification has been confirmed the dogs will be returned to their rightful owners.

Among the dogs taken last week is a winner of Best Puppy in Breed at this year's Crufts championship, under her show name 'Made of Candy'.

More: Offers of help 'from as far as Japan' in Crufts dog theft

One of the owners of five chihuahuas stolen from a house in East Yorkshire has said they have received calls "right, left and centre" offering help.

Among the dogs is a winner of Best Puppy in Breed at this year's Crufts championship, under her show name 'Made of Candy'.

Mal Hilton owns the dogs with his partner Lucy and said their house was so small "you could blink and miss it".

It's not the sort of place you kind of pull up and say 'I'm going to burgle this place', you need to know what you're doing.

Mr Hilton said people could help in the search by listening out for the sounds of new dogs barking near their house or flat, and by looking out for an Ali Baba wicker basket, in which he believes the dogs were taken. 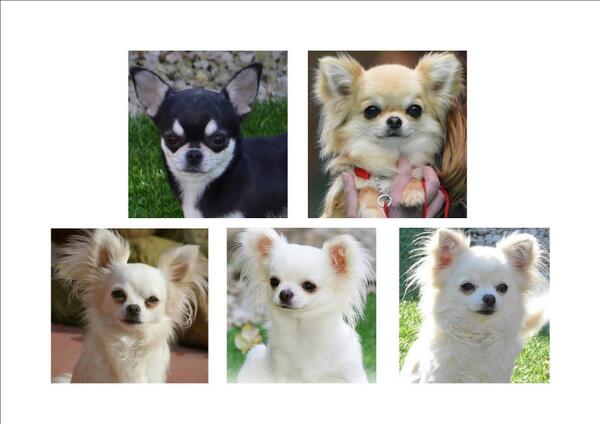 Police have started a nationwide search after five chihuahuas, including a Crufts winner, were stolen from a house in East Yorkshire.

One of the dogs, known as Xena, won Best Puppy in Breed at this year's Crufts championship under her show name 'Made of Candy'.

Her grandmother, Angel, and mother, Io, were both also snatched, along with two others called Pandora and Evie.

Mal Hilton, who owns the dogs along with his partner Lucy, told ITV News they had been inundated with calls about the animals.

"People are just ringing left, right and centre and saying 'we're here to help'. We want all the help we can, we want these dogs back before they get hurt." Mal said.

He also revealed had had calls from all over the world asking after Xena.

"This dog is famous worldwide, We've had calls from people in Japan asking after them."