Footballer Aaron Ramsey turned reporter to interview his Arsenal teammate Lukas Podolski as they rode around on a bus during their victory parade.

Podolski said it was "amazing" to see the fans who came out to celebrate with them, after the club won 3-2 against Hull City in the FA Cup final. 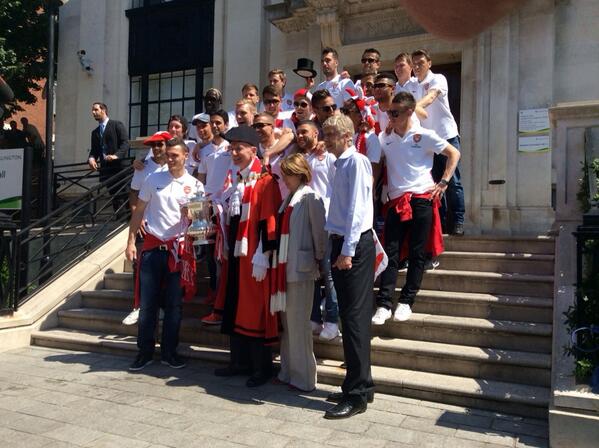 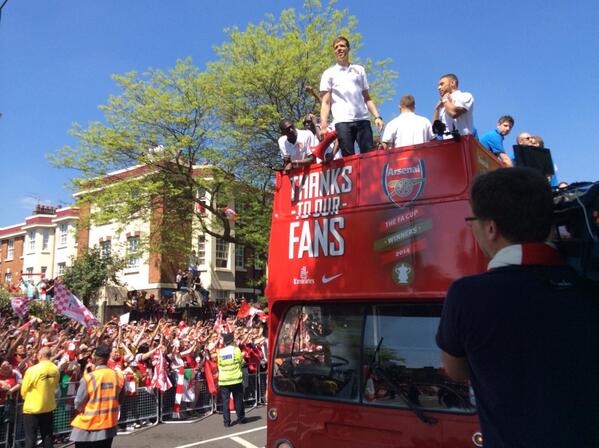 Huge crowds have turned out to watch the Arsenal team parade the FA Cup trophy in London.

The silverware is the first the Gunners have won in nine years.

The #Arsenal bus is ready and waiting for the team. Parade starts at 11. More on @itvlondon RT“@cgwales:http://t.co/fVaNV9MbB6” 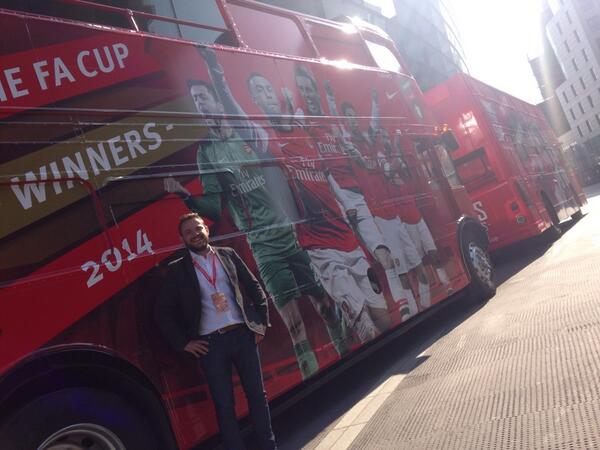 Party atmosphere here on Upper Street as fans await the arrival of the #Arsenal team. More on @itvlondon http://t.co/AGRxsQZnr0 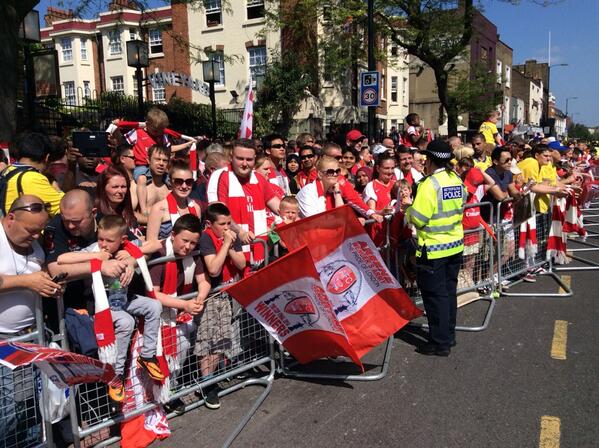 The players will travel from the Emirates Stadium to Islington Town Hall, Upper Street and back in two open top buses. The approximate timings are:

Hull City manager, Steve Bruce, was full of praise for his players following their FA Cup final defeat to Arsenal.

Speaking to ITV after the game he said:

"In terms of effort, endeavour and determination you couldn't fault them to a man. Proud? Of course I am. They were magnificent.

"I didn't think the first one was a free-kick and the second goal was a goal-kick not a corner. But it's not the time now to whinge. We are totally disappointed because it could have been one of those memorable FA Cup wins where the underdog goes and wins it."

"On another day we could have won it but in the end we didn't have enough."

Arsenal have lifted the FA Cup after beating Hull City in extra time, ending their nine-year wait for silverware.

Hull failed to add to their total after coming close several times, but Arsenal scored a third goal to secure the FA Cup for the eleventh time in the club's history.

Arsenal coach Arsene Wenger was under pressure to produce a result, after the club finished fourth in the Premier League following a long spell as league leaders, but said after the win that he wants to remain as Arsenal's manager.

Read: Arsenal congratulated for victory in the FA Cup

Politicians and pundits including Nick Clegg, John Prescott, and Gary Linekar have congratulated Arsenal after the club won the FA Cup title against Hull City.

Was that the best cup final ever? Amazing to be here with my fanatical Arsenal supporting sons. http://t.co/b4YZ5xuTo3 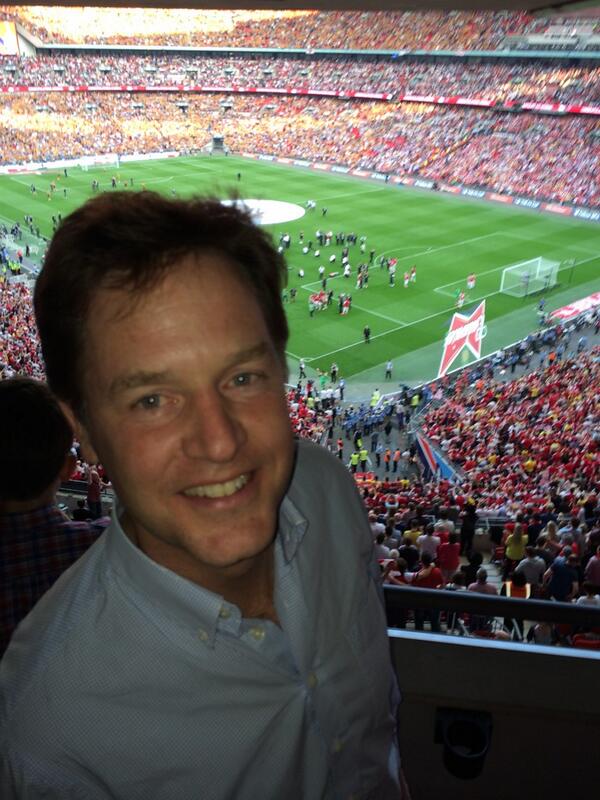 Congratulations to Arsenal but Hull City did the fans proud. We'll just have to console ourselves with the Europa League ;) #FACupFinal #UTT

Congratulations to Arsenal, FA Cup winners. And well played Hull for a playing a big part in a terrific final.