Tourists at the world famous landmark were treated to an unexpected sighting of Prince Harry as the royal took in some of Italy's sights.

Veterans of the Battle of Monte Cassino gathered alongside Prince Harry today to mark 70 years since one of the costliest battles of the Second World War.

While Harry praised their courage, one veteran of the Italian assaults told ITV News: "I never thought I would come out of it alive".

Prince Harry has told ITV News it "makes no sense at all" that the Battle of Monte Cassino is referred to by some as the "forgotten campaign" - insisting the veterans of one of the Second World War's bloodiest battles deserve "as much recognition" as anyone else that served in the conflict.

Speaking to Royal Editor Tim Ewart at the site of the assaults, Harry praised the heroism of those who fought for months on end "knowing that they were going to lose most of their friends and probably themselves as well".

A 90-year-old veteran has spoken of how he faced the horrors of Monte Cassino aged just 18.

Ivor Gaskill, who served with the Royal Hampshire Regiment as a private, said: "I remember trying to get up the hill - we were up to our waists in mud and water, soaking wet, hungry and full of lice.

"We were being shelled and shot at constantly but it was just a case of keep going. What else was there to do? You couldn't run away.

The veteran who returns each year to the site where so many of his friends died - welcomed Prince Harry's visit, saying: "I thought we were forgotten.

"It's great to see him here. It's marvellous of him to do it."

Speaking exclusively to ITV News, Harry says it "makes no sense" that one of the Second World War's bloodies battles has been "forgotten".

Prince Harry left a personal tribute to the British soldiers who lost their lives at the battle of Monte Cassino.

The prince took part in a memorial service to mark 70 years since the battle and left a wreath with a note, saying: "In memory of all those who paid the ultimate sacrifice for our country. Thank you."

Prince Harry has taken part in a memorial service 70 years on from one of the Second World War's bloodiest battles.

On the second day of a two-day visit to Italy, Harry took part in a procession and met veterans of the battle of Monte Cassino - a brutal clash which saw around thousands of Allied and Axis soldiers lose their lives.

The prince, who himself serves in the Household Cavalry, also laid a wreath for the British soldiers who died during the fight to take control of the strategically important monastery above the town of Cassino.

As well as British forces, a number of Commonwealth soldiers took part in the battle, along with forces from the USA, Poland, France royalist Italian troops.

Prince Harry has laid a wreath in honour of the soldiers who lost their lives at the battle of Monte Cassino in 1944.

The battle was among the bloodiest of the war, ending with Allied forces overcoming a combined German and Italian army.

Prince Harry has arrived for the service to commemorate the 70th anniversary of the battle of Monte Cassino, one of the most important battles of the Italian campaign during the Second World War.

Prince Harry honours those who died at Monte Cassino. http://t.co/nM8ypPAfpP

The 70th a anniversary of the final battle of Monte Cassino. UK veterans gather to remember http://t.co/ToiomtBEWX 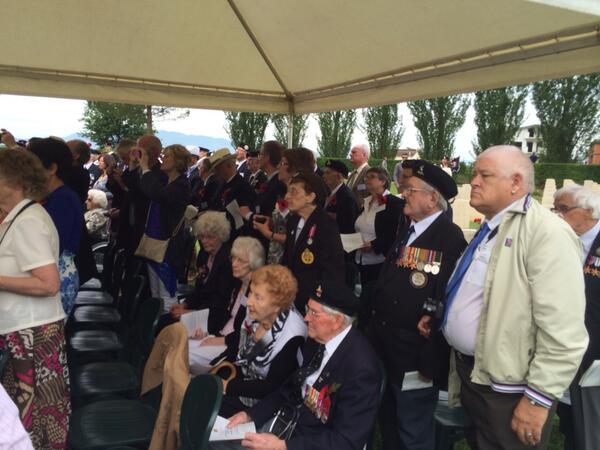 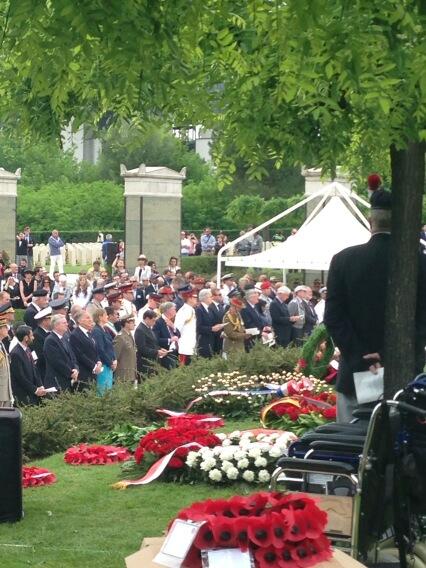 ITV News royal producer Emma Wright is in Italy ahead of Prince Harry's arrival at the site of the battle of Monte Cassino.